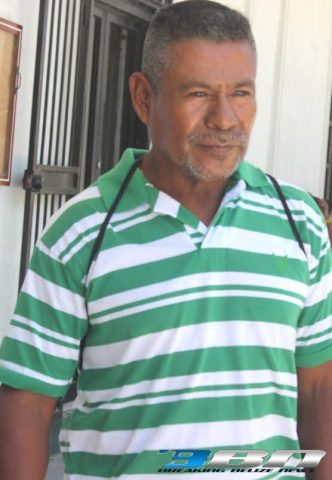 By Aaron Humes: 54 year old Pablo Pedro Bernard, an unemployed of corner Marage Road and Compassion Lane, Ladyville, must pay over a thousand dollars in fines for dumping his no longer 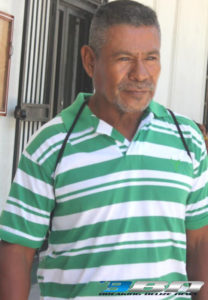 wanted electronics on private property where garbage should not be collected, despite allegedly having permission.

An environmental technician for the Department of the Environment brought the charges – pollution of land and obstruction of an officer in pursuance of his duties.

Allegations are that on Friday, May 27, 2016, at 1:30 p.m., Environmental Technician Marco Escalante saw Bernard dumping two old televisions sets over a fence located at Mile 9 ½ on the Philip Goldson Highway and into an open lot, which turned out to be a private land area.

Bernard appeared before Magistrate Deborah Rogers and pleaded guilty, explaining that he was not aware he was committing an offense, and that he got permission from the land owner to dump the TV’s.

But according to Magistrate Rogers, permission or not, the land is not designated for garbage disposal so the offense stands.

Magistrate Rogers fined Bernard $500 for obstruction and $800 for pollution of land under the Pollutions Regulations. The obstruction was alleged when according to Escalante he refused to give them his information and then began threatening the DOE officer as he took down his vehicle number.