Fair and warm weather to continue

Still no suspects in execution murder of Delmar Guerra 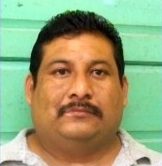 By BBN Staff: Delmar Guerra, 37, also known as “El Diablo”, was shot and killed late Thursday afternoon in Paraiso Village, Corozal while he was still in his 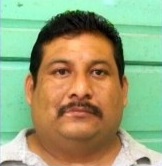 Police report that Guerra was in his parked white van when two persons, clad in black, on a grey dirt bike rode up to him and fired as many as nine shots. Guerra was hit to the left lower abdomen and his van was left riddled with bullet holes. Police later found nine expended 9 millimeter shells at the crime scene.

Bystanders rushed Guerra to the Corozal Community Hospital where he died.

“At this time I do not want to speculate and I really don’t know what was the cause of his demise,” said Superintendent Denis Arnold, Officer Commanding the Corozal Police Formation.

The public may recall that Guerra was involved in a shooting incident in 2013 where he was hit to the face in Calderitas, Chetumal, Mexico. Authorities were aware that Guerra had been associated to illicit activities but Supt. Arnold said he was never arrested during his command at that formation and could not confirm whether Guerra was indeed involved in the drug trade.

So why was Guerra targeted? While police don’t have solid leads, Supt. Arnold said that they have some intelligence that may explain Guerra’s murder but could not share that information with the media. He did say however that they are liaising with Mexican counterparts.

Up to today, authorities have no suspects and are looking at footage from cameras in the area. Police cannot say whether they are locals or foreigners but said the cycle was seen two hours prior to the shooting in the village. Something was wrong with the cycle, Supt. Arnold said, and the riders fixed it but the men never took off their helmets.

After combing the crime scene, police found nothing incriminating in the van. They have recovered the deceased’s mobile phone which will be studied for leads.

Guerra’s licensed gun was also recovered by authorities as it had apparently fallen off his waist when he was taken out of the vehicle. This, Supt. Arnold said, will be studied to verify if he fired his weapon.

When asked by the media, Supt. Arnold said the way the murder was carried out is not necessarily a threat to public safety.