Breaking: Patrick for DPM; UDP united according to former rivals 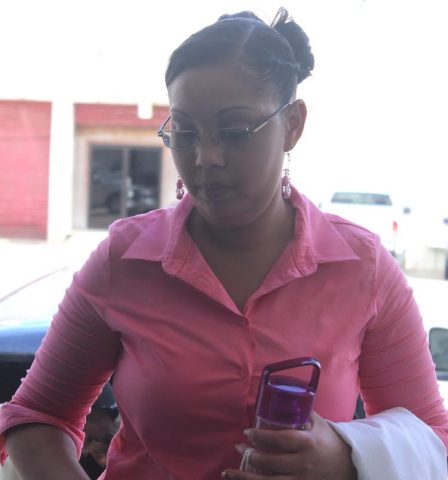 By Aaron Humes: After rejecting the no-case to answer submission made on Monday by attorney Arthur Saldivar, Supreme Court Justice Troadio Gonzalez invited 29 year old Calaney Flowers, charged with the murder of Lyndon Morrison, the father of her 4 year old son, to give her defense to the court.

The accused opened today with a statement from the dock, which is unsworn and in law carries lesser weight than testimony from the witness stand. 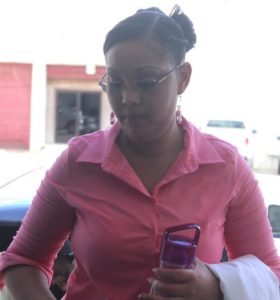 Flowers denied causing Morrison’s death and attempting to kill his new girlfriend, Sochyl Sosa, by running them over with her vehicle on August 28, 2012.

She told the court that their conversation before the incident had to do with family issues and that as she proceeded up Freetown Road she witnessed Morrison and Sosa flash by her on his motorcycle, going very fast, and then a sudden crash.

A terrified Flowers said tearfully that all that she could do was go to Lyndon’s parents’ house and tell his mother, Laurel Grant, that he was involved in an accident. She said that her car did not hit Lyndon and she was not driving fast.

Flowers denied Grant’s claim in court that she mentioned that Lyndon was flaunting his new flame in her face, stating that they had both moved on and she would have no reason to want to hurt him.

It was as she was leaving the Morrison residence that two police officers met and escorted her to the police station, where she swore she never confessed or admitted any involvement in Morrison’s death

Her attorneys, Dickie Bradley and Arthur Saldivar, called one witness, Keith Franklin, a security officer, to testify on her behalf. Franklin said that he was at Atlantic Bank on Freetown Road when he heard the motorcycle drove past him and he saw when the driver lost control and collided into the front of a truck. Under cross examination Franklin could not say why he took so long to tell what he saw when it could have exonerated Flowers who has been remanded in custody for about 4 years.

The trial without jury continues on Wednesday when Justice Gonzalez hears addresses from the Crown Counsel, Sheneiza Smith, and defense counsels Bradley and Saldivar.