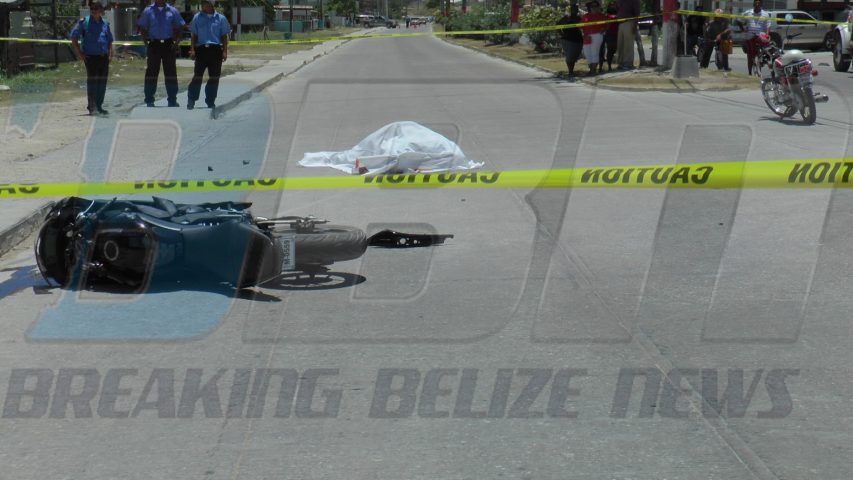 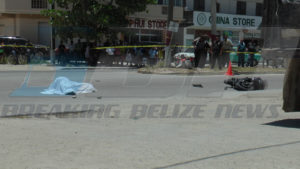 Henry was driving his Kawasaki Ninja motorcycle when he collided into a dump truck and died immediately.

According to police, at around 11:30 a.m a white Ford dump truck, driven by Jose Gregory Williams, 64, of Altamira Area was headed from Seventh Avenue from a north to south direction. Henry was driving his motorcycle from a west to east direction and upon reaching the junction of Seventh Avenue and 10th Avenue; he collided into the right wheel of the truck and went under.

Henry sustained severe head and body injuries and landed about thirty feet away from his motorcycle.

Williams has been served with a notice of intended prosecution and may face as many as four charges following investigations. Authorities say a post mortem on Henry was conducted this afternoon.

Of note is that Henry was travelling without a helmet.  Henry was also a member of the traffic management board in Corozal.