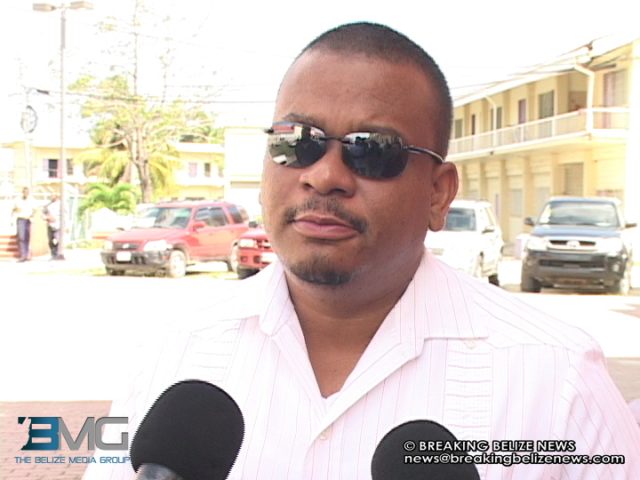 By Dalila Ical: Newly elected Deputy Party Leader of the UDP Patrick Faber says that the People’s United Party (UDP) is to blame for where the country stands economically – it has worsened since last year according to the International Monetary Fund (IMF). After concluding its article for consultation in Belize last week, the IMF projected a further decline of 0.5 in economic growth and recommended that revenue and expenditure measures be taken. These would include expanding the tax base, containing the public sector wage bill, and reforming the public pension system.

According to the new UDP Deputy Leader, government has discussed the findings but admitted that there were no discussions held to place any measures recommended by the IMF in place. No surprise there; the UDP has had a habit of dismissing the IMF’s opinion in the past.

Meanwhile, in a release of their own, the PUP blames the country’s economic crisis on “the UDP’s excessive and unsustainable borrowing and spending”.

So here we are once more watching and listening to politicians pointing fingers and passing blame. Our focus, however, should probably lie on the bigger picture. How really indebted is Belize, and how did we come this close to an economic breaking point?

The current government has indeed contributed to this but is also dealing with debt inherited from the Musa administration.

Take for example the Newco lawsuit that followed after the Musa administration terminated a 30 year concession agreement over the management and control of the Philip Goldson International Airport only 11 months after entering that agreement. That was in 2005, but after succeeding in its suit, and even after Belize tired to counter this, the Barrow administration is left to pay US $4.2 million to Newco.

And then there is the infamous Superbond, the US $565 million dollars that was borrowed by the Musa administration as it intended to bring down the country’s debt to GDP ratio to below 50 percent by 2015.

Well, that has caused the Barrow Administration some hassle. It has managed to re-negotiate almost $500 million Belize dollars of the bond in the first nine years. The achievement was such that it won Belize the 2013 Sovereign Restructuring Deal of the Year by Latin Finance. The effort, however, will still cost Belizeans millions, about US $8 million in legal fees and other services. In addition, a step up in bond payments is scheduled for 2017.

Of note is that Belize’s debt is nowhere near 50 percent of GDP. Of course, during this time, the UDP administration has been making loans of its own, contracting the economy even more.

Among its share of not so lucrative deals is the acquisition of BTL. Although the Prime Minister may disagree with that statement, the fact remains, however, that Belize stands to pay some $250 million to the Ashcroft allied company, Dunkeld International for some 45 million shares in Telemedia. Some argue too that the settlement is a lot more expensive than it needed to have been because GOB refused an immediate settlement following the acquisition.

And then there’s Petrocaribe, another fiery debate among members of both major parties and the general public. Leader of the Opposition John Briceño places the amount government “blew away” at $325 million in just two years.

Sure, the Petrocaribe bill is in the hundreds of millions but this is under concessionary terms where Belize pays 1 percent interest over 25 years. Does that change the fact, however little, that it’s still debt that must be paid by Belizeans? You decide.

For his part the PM is proud, to say the least, of that loan. Petrocaribe has, he accepted, taken the debt to GDP ratio to almost 80 percent, but under favorable terms to Belize.

Back in February this year, Financial Secretary Joe Waight, in speaking with the media explained that half of GOB’s debt payment is the super bond for which it pays $50 million Belize on interest. It pays another 50 million to the other half of its debt which includes Pertocaribe, the World Bank and others.

This week Waight said they hope growth projections will be “a little more optimistic” than the IMF’s, banking on tourism and possibly agriculture. An immediate change could be possible with expenditures as well as making its tax administration “as efficient and as effective as possible,” he went on to say.

Still, nothing concrete has been decided by government as to how they plan to manage the situation. The IMF report is a grim forecast for Belize’s economy and its recommendations, however drastic, is comprehensible. After all, with all that debt and the shrinking federal reserves, the country could well be looking at very lean times in the next few years.

So, who’s fault is it? Perhaps what’s more important here is that the finger-pointing about who caused Belize’s current economic struggles should not distract from the fact that the numbers speak for themselves. Each Belizean is able make up his/her own mind and perhaps that’s not even important; what lies ahead is.