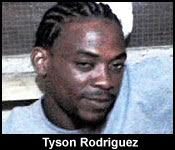 By Aaron Humes: There is not enough evidence for a court of law to be satisfied beyond a reasonable doubt that Police Sergeant Julio Shal had committed any unlawful or used any unlawful force to cause the death of escaped prisoner Tyson Rodriguez, or caused him to die. 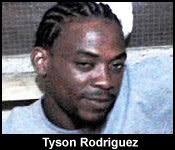 Rodriguez, whose body was found floating on November 22, 2013 is certified to have died from asphyxiation.

He was beaten by police before his death but medical examination found that the immediate cause of death was water and sand in his lungs consistent with drowning.

Tyson Rodriguez was wanted in Placencia as a suspect identified as the man who robbed a couple of their vehicle, money, jewellery and cell phone.

After being transferred from Corozal by way of Belmopan, Rodriguez was taken from Placentia police station at 10:30 p.m., on the night of November 22, 2013 by 3 police officers, Sergeant Julio Shal, constable Jeremy Middleton and CIB police officer Dorian Chee; he was to show them where the items he allegedly stole were hidden and they used a private vehicle in place of a police mobile. Sgt. Shal was the driver.

Middleton first supported his fellow officers by claiming that Rodriguez jumped out of the vehicle near Maya Beach in an effort to escape and drowned; police’s searches were not fruitful until they were told of a body that turned out to be Tyson’s floating in the sea.

However, head of Criminal Investigation Branch, then-Inspector Hilberto Romero, was dispatched to investigate further and P.C. Middleton appeared to change his story, now saying that his superior officer, Sgt. Shal, stopped the pick-up, removed Rodriguez and then forcibly held his head down in the sand on the beach and then in the sea water until he drowned.

Rodriguez was confirmed to have been beaten while in custody by officers, in the statement of the late Glen Michael Williams aka Keon “Gambis” Williams.

But Justice Hanomansingh found trouble with the inconsistent statements of P.C. Middleton; the second statement was given several days later, in a different location and not correlated to the first statement given in the immediate aftermath of Tyson’s death.

Other than P.C. Middleton’s statement, there was no evidence confirming what happened to Tyson implicating the accused. Notably, the doctor said that he could not say what kind of force was used to tell how Tyson died.  Tyson had escaped with a hand cuff behind his back.