Round 1 of village councils goes to UDP

By Aaron Humes: 43 of Belize’s 190-plus villages voted in the first round of the 2016 village council elections conducted by the Elections and Boundaries Department. 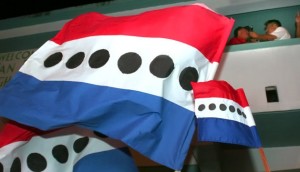 Held every three years, the elections are for seven positions: chairman, vice-chairman, secretary, treasurer and three other councilor positions.

Both major political parties also see them as barometers for improvement in between the municipal and general elections.

Official results for the elections held this past Sunday, June 5th, are to be released by tomorrow, Tuesday. Those published results of the elections are not expected to include references to party affiliation per the official view that the elections should be non-partisan.

However, the ruling United Democratic Party (UDP), according to secretary general Pearl Stuart who spoke with us via telephone this morning, believes it has won a majority of the councils contested on Sunday – 25, to 11 for the People’s United Party (PUP), with three going to independent slates and four unknown or undetermined at this time.

According to Stuart, the UDP hopes to repeat its successes from 2013, when it claimed 130 total councils, and 2010, when it won 128 by unofficial count.

We were not able to reach any PUP officials for comment; however, we are told that they claim full councils in San Joaquin and Ranchito, both considered party strongholds, and split the council in their favour in Calcutta.

Elections will continue on successive Sundays through June and into the first week of July.