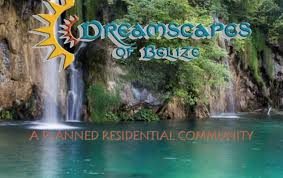 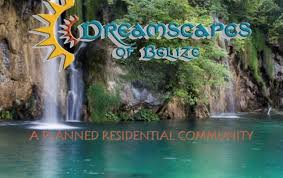 By BBN Staff: A real estate company, DreamScapes Belize, operated by several foreigners with questionable backgrounds has come under scrutiny and been slapped with several lawsuits after being accused of scamming buyers out of millions of dollars in a case of real estate fraud.

DreamScapes has also been linked to two firms named in the “Panama Papers” leak from the Mossack-Fonseca firm several months ago.

DreamScapes allegedly collected over US $10 million from American and Canadian investors who wanted to buy dream homes in Belize. DreamScapes advertised lots for up to US $30,000 and promised model homes, access roads, a potable water supply, waste treatment facility, a school, police and fire stations, an 18-hole golf course, clubhouse and a marina facility with dockage, none of which exist.

The site where the properties were supposed to be built is in the Stann Creek district. There has been no development of the area apart from a DreamScape sign which has been there from 2008, according to litigants who brought the suit against DreamScape.

Mixed up in the dispute are a pair of offshore companies set up by Mossack Fonseca, the Panamanian law firm at the center of the Panama Papers scandal, and a Florida-based skin-care company that is now defunct. It’s not exactly clear what role the offshores played in the drama, although one of them — registered in the Bahamas — was a holding company for the Belize properties, according to a Mossack Fonseca file. More could come out in pending litigation.

The shareholders involved in the DreamScape drama includes a disbarred lawyer whose penny stock offering ran afoul of the U.S. Securities and Exchange Commission, another disbarred lawyer who went to prison for scheming with mobsters, and two Palm Beach County-based company directors — one past, one present — each of whom blames the other for the project’s troubles.

The lawsuit names director and founder Clifton Goodrich and Kenneth Dunn, among others. Dunn is a lawyer with a troubled past. In 2009, he pleaded guilty to a racketeering conspiracy charge in connection with a money-laundering scheme orchestrated by the Florida branch of the Bonanno crime family.

Dunn, who blamed a cocaine habit for his transgressions, would be sentenced to 43 months in prison and surrender his law license.

Goodrich said he hooked up with Dunn after the disbarred lawyer served his time. They connected with previous lot buyers and convinced some to ante up an additional $50,000 to build model homes. In exchange for letting the homes be used as a showcase for one year, the buyers got discounts on the retail price.

Colm King, the current chief executive officer of the DreamScapes project and a defendant in the buyers’ lawsuit, said the developers are in negotiations over financing and expect to be ready to begin construction in 60 days. He blames the current problems on Goodrich, who was forced out of DreamScapes in 2013.