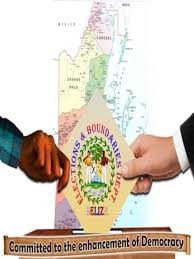 By Dalila Ical: Round two of the village council elections took place on Sunday, June 12 and in the north, the United Democratic Party (UDP) claimed victory in most

In the Corozal district, the UDP claimed seats in Santa Clara and Louisville villages. In Chan Chen, the PUP came close losing the Chairmanship by some 38 votes to the UDP. The PUP won four seats in San Antonio Village including the chairmanship.

In the Orange Walk District, the PUP won in Yo Creek Village but lost to the UDP in the San Luis, Carmelita and San Jose villages.

It is reported that things didn’t wind down well in San Jose as a brawl that started within the UDP camp escalated to a pint throwing squabble between UDP and PUP supporters while votes were being counted.