Five years for assault on girlfriend 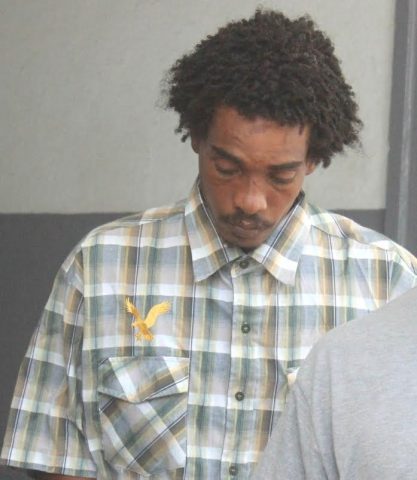 By Aaron Humes: “I gwaan dah jail feh five years for my own girlfriend…” That is the lament of 31 year old Waylon Martinez after he pleaded guilty to one count of sexual assault upon a woman he is alleged to have ambushed and squeezed in her private area. 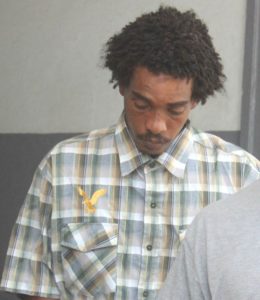 The Construction Worker of Lord’s Bank was this morning arraigned before Magistrate Deborah Rogers where he pleaded guilty.

Allegations are that on June 5, 2016, at about 5:30 a.m., he lay in wait for the victim, through a short cut to her home, where according to the woman, as she was walking home, a man known to her only as “Run man” grabbed her into the nearby bush and attacked her and that is when he began to fondle her and then choked her to stop her screams until a relative intervened.

Martinez’ explanation went as follows, quote: “The girl is my girlfriend. She went out and didn’t come home.  I had gone to the house to see her. When I got there, she wasn’t there. When she told me she was coming home, I went to meet her.  Whilst coming back to her house, we began to caress each other and she told she had gone to the club. We spoke and then her brother-in-law came and I let her go…” End quote. He later added that she should “enjoy” his time away from her behind bars.

Magistrate Rogers explained to Martinez that despite what he says, the woman is his girlfriend, a charge of such a nature can arise from an incident as such and that she must warn him of the serious nature of the offense and that the penalty is five years at a minimum, but he chose to maintain his plea.