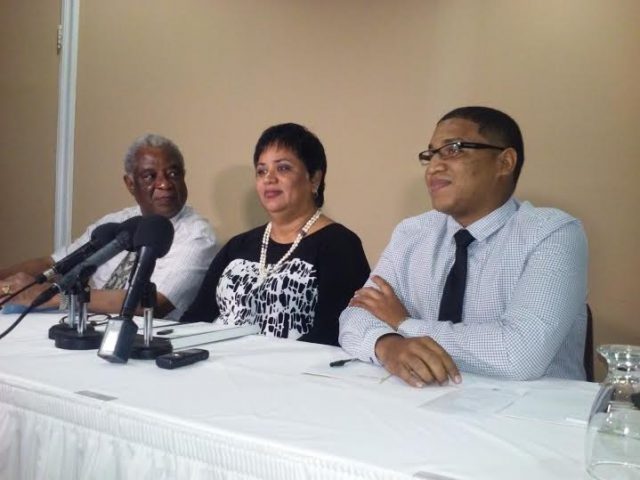 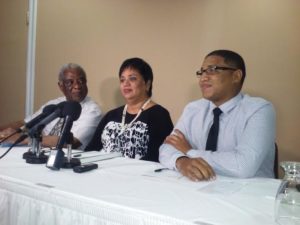 By Aaron Humes: Appointed in January to oversee the implementation of the April, 2015 consent order by the Caribbean Court of Justice (CCJ) recognizing customary land tenure within the Toledo District, the Toledo Maya Land Rights Commission will this weekend meet with three separate villages.

The Commission travels to San Felipe on Friday evening; visits Big Falls on Saturday and goes to San Vicente on Sunday.

Announcing their plans at a briefing following an informal press meeting in Belize City, chairman Lisel Alamilla stated that representatives of 23 villages had asked at a meeting in Punta Gorda Town last month that the Commission meet with individual villages.

Previously there were sensitization meetings with NGO’s including the steering committee established by the Maya Leaders Alliance/Toledo Alcaldes Association, whose subsequent appearance at a meeting with elected leaders prompted a confrontation with Alamilla and police.

Legal counsel to the Commission, Queen’s Counsel Anthony Ross, emphasized the importance of each Maya person and others affected by the decision getting a say in its implementation.

However he dismissed questions about whether the MLA/TAA appear to have usurped the leading role in speaking for the Maya people.

As previously mentioned, Alamilla stated that she does not expect a quick end to the process – but she pointed out that the Maya can change that with what they say in upcoming meetings.

The order prohibits specific activities on affected lands without the informed consent of the specific community.

A press conference following the consultations has also been announced.