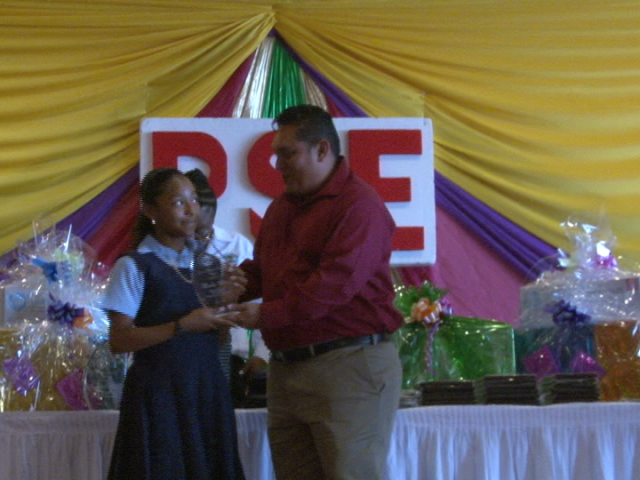 By Aaron Humes: Their hard work is done, and now it is time for some celebration. Belize’s brightest students got their due at the annual national award ceremony for the 2016 Primary School Examination (PSE), held in Belize City at the Ramada Princess Hotel. 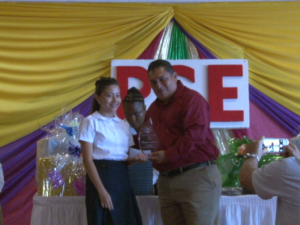 Minister of State in the Ministry of Education, Culture, Youth and Sports Honorable Elodio Aragon, Jr., deputizing for boss Honorable Patrick Faber, noted some of the almost clichéd statements top-scoring students made in press interviews in advance of today’s ceremony: studying hard, working hard, believing in oneself, and the like. But he also noted that, like most clichés, there is a grain of truth, and a uniform result – success for all involved.

As for the recipients of the Jane and Michael Nembhard Award – Kenly Young of St. Andrew Anglican Primary School in Cayo, and Angelina Urbina of La Inmaculada R.C. in Orange Walk – each brought a different perspective to this most prestigious of graduation ceremonies. Urbina spoke to the dominant emotion she and her peers felt in taking this examination, and how it spurred her forward. She felt she was being “attacked by sharks” due to her nervousness, but as each exam passed along, it receded until she regained her confidence. 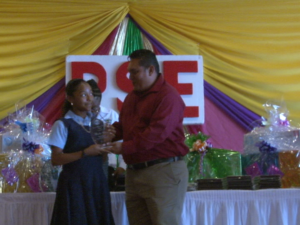 Meanwhile, Young chose to highlight the impact of her school’s administrative corps, without which she said St. Andrew’s would continue to be known more for athletics than academia.

Both young women received various prizes including a scholarship to the high school of their choice. Other top 25 performers from across the country also received their prizes.

Separate regional award ceremonies will be held across the country in the coming week.