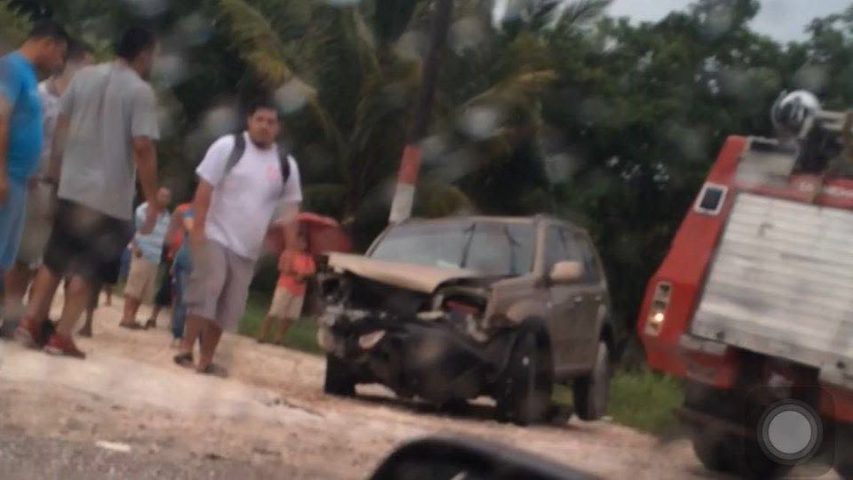 By Dalila Ical.: A head on collision on the Philip Goldson Highway claimed the life of 34-year-old

So far police investigations have revealed that 31-year-old Samantha Cordova was driving a white Geo Prism, heading towards Corozal Town. Sergio Mendez, 34, who was seated on the front passenger seat; Myrna Trejo, 44, of Orange Walk town; and Mirna Corodova, 56, of Yo Creek Village were also traveling with her. Both women were seated in the back.

Police say that when Cordova took a curve entering Buena Vista Village, a gold Nissan SUV that was traveling in the opposite direction invaded her lane and caused a head on collision. Sergio Mendez sustained severe head and body 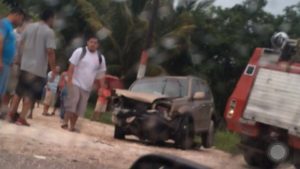 injuries and is believed to have died on impact.

The SUV was driven by Gilberto Sosa, 21 and was accompanied by Rafael Urioste, 23, and another person whose particulars are unknown.

They were all taken to the Northern Regional Hospital for treatment. Mendez was pronounced dead upon arrival at the hospital.

Both vehicles were extensively damaged. Police have obtained blood samples from both drivers and continue their investigation. A notice of intended prosecution has also been served to both drivers and statements are still being recorded from the survivors.