Labour, unions, business to look at new way of bargaining

Should Labour Department give allegedly fired Facebook poster his job back?

By Aaron Humes: In the wake of the Orlando Pulse nightclub shooting nine days ago, many sympathized with the US over the horrific crime, in which one Omar Mateen took 49 lives before being killed by police. 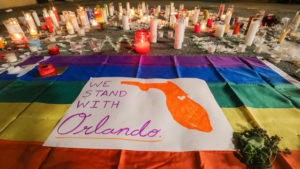 However, in some cases, the thoughts of those who felt differently as posted on Facebook incurred wrath and in one case, may have cost a young Belizean his job, after those who got angry at his statements discovered where he worked and began posting messages on the company’s page to fire him. Others even called for a boycott of the business. The writer later apologized, claiming he had lost, quote, my job, my business and received death threats. I simply posted an opinion, one I worded wrongly and now regret ever posting. I deleted this status soon after but it was screenshot and blasted in an attempt to crush me. End quote.

The company where he works later posted on social media to distance itself from the views expressed by the employee and assures that, quote, “the matter is being given our highest consideration and will be handled under proper due diligence and by the Laws of Belize” end quote.

So should the Labour Department get involved? And how would it pursue the case? According to Labour Commissioner Ivan Williams, he was not aware of whether a formal complaint had been made. But he pointed out that another look at local legislation is needed to address matters involving (mis)use of social media on the job.

Meanwhile Labour Minister Hugo Patt expressed his sorrow at the turn of events, saying he wishes it was handled differently.

The same barrage of criticism came the way of a female Facebooker who wrote, quote, “Somebody da Belize should do the same to all them gay parties da Belize and all them gay man house”. End quote. She later apologized saying her account had been hacked. And in Jalisco, Mexico, the Director of the Social Integration Development Secretariat was dismissed after posting quote “a pity that it was only 50 and  not 1 hundred” end quote.