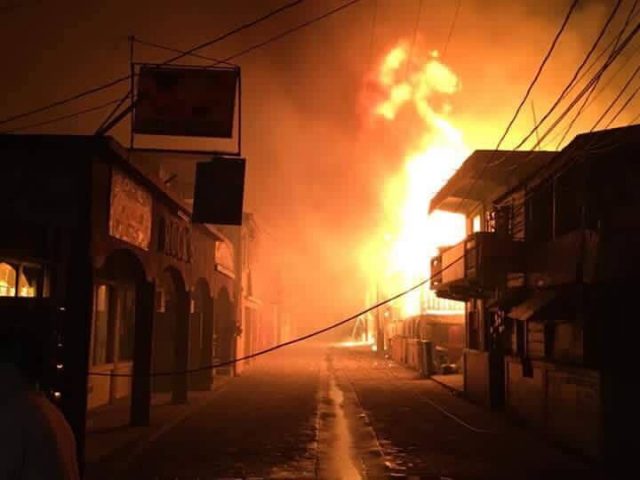 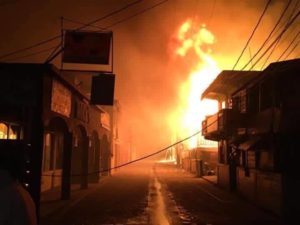 By Aaron Humes: An early morning fire on Pescador Drive in San Pedro Town, Ambergris Caye is said to have razed ten buildings including homes and business and caused as much as a million dollars in damage.

Around 12:45 this morning, police and fire officials responded to a wooden two-storey apartment behind El Durado Store on Pescador Drive which was on fire.

Police and Fire officials are investigating the incident as possible arson.

Alison MacKenzie’s mom: “I want my daughter back!”