How much debt has the Barrow government added to the country? 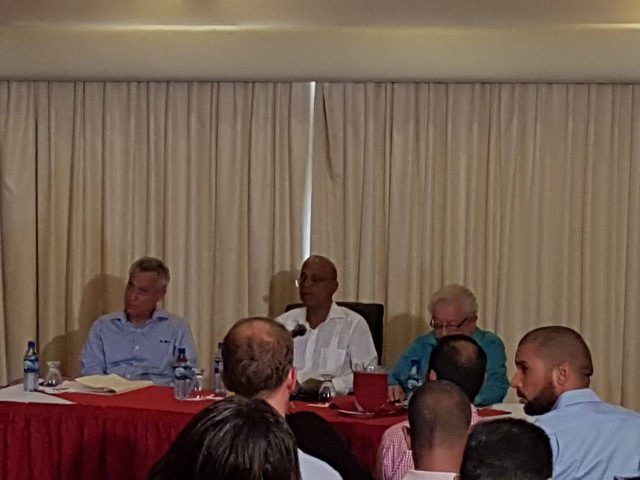 By BBN Staff: Prime Minister Dean Barrow held a press conference this afternoon at the Biltmore Hotel in Belize City to brief the nation on the Arbitration Panel ruling on the final settlement of the BTL nationalization. 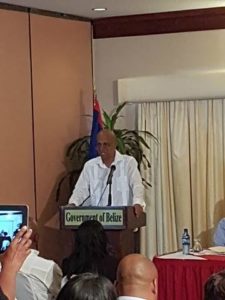 GOB also has to pay $198 million in interest along with $4.4 million in arbitration costs awarded by the panel.

Still, Barrow says his government feels vindicated by the decision.

Barrow said GOB wouldn’t have any difficulty paying the award because of “excess liquidity in the financial system”. The money will be gotten by way of treasury bills and treasury notes, he explained. He said the 40 percent to be converted to US and sent abroad would be comfortably covered by Central Bank reserves. 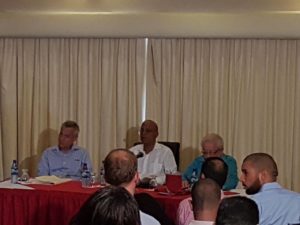 Barrow added that GOb is also selling $60 million worth of shares in BEL and BTL and said there would still be enough headroom to sell more shares in both companies. He said GOB expects to be able to raise another $75-100 million that way so the need to borrow to pay the award will be lessened.

“The bottom line  is that while we would have wished a less onerous interest rate from the  Tribunal, we can’t really complain given how well we did in the actual share  price award. So that, especially in view of what we were able to accomplish  in rescuing the Accommodation Agreement position, GOB has no regrets. We consider the  Nationalization by any measure to have been absolutely in the best interests  of Belize and GOB stands as strongly as ever by its decision,” Barrow said.