P.M. claims progress made on Sarstoon but Sarstoon protocol comes before anything else 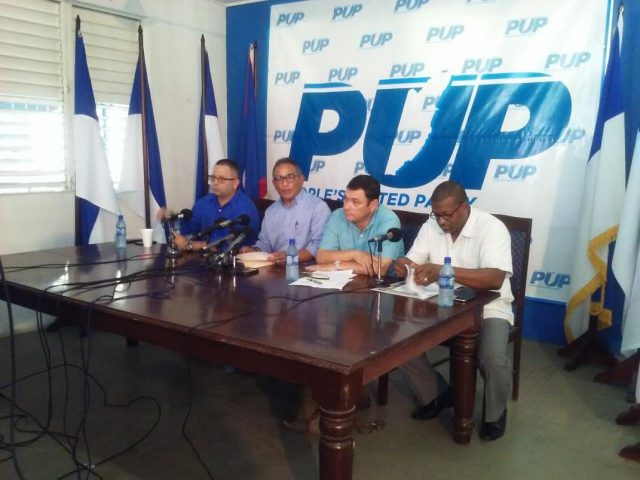 By Aaron Humes: The People’s United Party (PUP) says it is not fooled by the face-saving effort put up by Prime Minister Dean Barrow yesterday following the announcement of the BTL Arbitration Award – and Belizeans should not be either. Barrow’s arrogance, according to PUP leaders, will not only cost Belizeans hundreds of millions of dollars, but lost opportunities in issues that most affect Belizeans – education and health among others.

Regional deputy leader Julius Espat points the finger at Belizeans for remaining silent for too long – but he expressed hope for change.

Meanwhile, party leader John Briceno pointed out that the majority of the money owed that is earmarked for capital projects is not under their direct control.

Briceno also deflected any suggestions that the PUP had anything to do with the decision, saying that it was all on Barrow’s shoulders.

Responding to the question of the infamous accommodation agreement, Briceno said that the UDP had their opportunities to challenge it but did not; he also pointed out that the Government tried to prop up BTL with changes to the tax regime.