GOB: We won’t pay another award 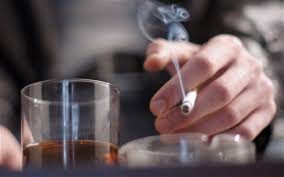 BY BBN Staff: A report from the Inter-American Observatory on Drugs which compiles a comparative analysis of drug use among high school students in 13 Caribbean countries cites high rates of binge alcohol drinking and smoking of tobacco and marijuana among Belizean youths.

Almost two thousand students between the ages of younger than 14 and older than 17 were asked a long list of questions about drug usage habits.

21.9 percent of Belizean respondents admitted to having binge drunk – that is, having had five or more alcoholic drinks in the last two weeks – once. 16.4 percent said it had happened two to three times, while 6.4% said it had happened four to five times – which is the highest amongst any of the 13 countries. 13.6 percent of Belizean youth participants admitted to heavy binge drinking, four or more binge drinking episodes in 2 weeks. Belize only trails Guyana in that category.

Marijuana too is a favorite: it is the most widely used illegal substance among youths in the Caribbean.

Almost one quarter of the nearly two thousand respondents said they have used marijuana in their lifetime – which is on the high side when compared to other countries. It was lower in Jamaica where small quantities of marijuana is legal. Belize has established its own effort to decriminalize 10 grams or less of marijuana

Belize’s students also ranks high for having used marijuana in the past year, with even 10% of 14 year olds and younger saying they had used in the past 12 months. Usage was higher amongst males.

Belizean youths also said that marijuana was easy to obtain.