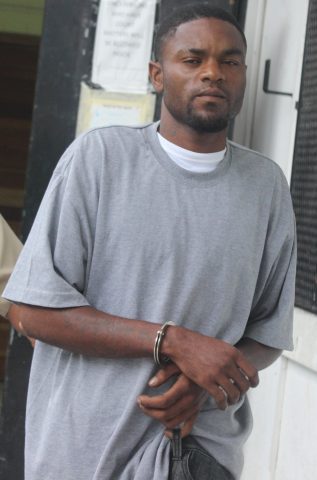 By Aaron Humes: Three persons were murdered in the City during separate shooting incidents spanning about six hours on Wednesday, and so far police have made two arrests. 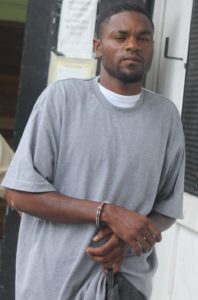 charge of murder of Devin Parham on Cemetery Road in Belize City, which occurred at about 4 in the evening.

Baptist was additionally charged with one count of kept firearm without a gun license for a black Glock 9 mm pistol with no serial number which police say they found on him when he was detained immediately following the incident.

Baptist was arraigned before Senior Magistrate Sharon Fraser, denied bail and remanded to the Belize Central Prison until August 26, 2016. While no plea was taken on the murder charge he chose to plead guilty to the firearm offense.

Nineteen year old Devin Adolphus Parham was the second of three men to be gunned down in the city within less than 24 hours. He met his untimely death as he was walking down Cemetery Road in front of Habet & Habet.

About an hour prior to the murder of Devin Parham, Tevin Palmer, aka “Chi-Cha” met his untimely death whilst in a yard on Castle Street. 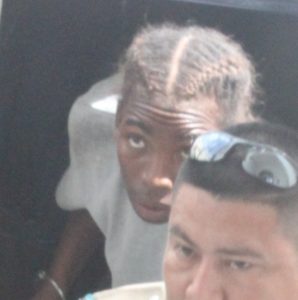 This afternoon, 18 year old Lionel Kelly was brought to the court of Magistrate Carlon Mendoza, where he learned that he will be spending his 19th birthday to be celebrated behind bars, as he was remanded until September 8, 2016.

Kelly did not give a plea on the charge of murder, which is an indictable offense which will be tried at the Supreme Court.

Palmer met his untimely death on Wednesday, July 6, 2016 sometime after 3:00 in the evening as he was in a yard on Castle Street. Police have said that the death of Palmer is connected to gang rivalry as Palmer was known to associate with a gang.

The later murder of Devin Parham has been connected as intended retaliation for Palmer’s death; the accused in that case, Valentine Baptist, as we reported earlier, hails from Castle Street.