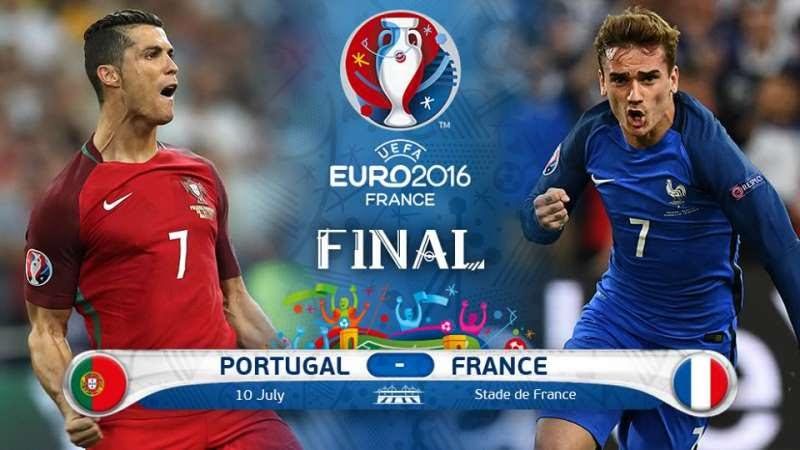 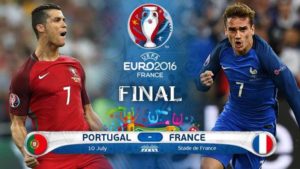 By: Giulianna Tonti. : Well, folks, we are now only a couple of hours away from the kick-off of the Euro 2016 Final game!  How do the Stats fare for this upcoming match-up?

This is the fourth time these two nations meet in a major tournament. The French have won the previous three, all in semi-finals (Euro1984, Euro 2000, World Cup 2006). Here are 15 more stats to know prior to today’s match-up, on how each National team has fared in the past. 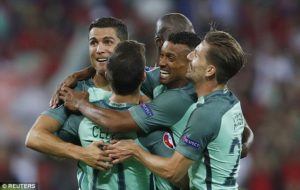 Portugal, having played the most games (34) in the history of the European Championship, has yet to proudly lift the cup.

Before Portugal, the only prior cases of third-placed teams in the group reaching the final of a major tournament (World Cup and Euro) were Argentina in the 1990 World Cup, and Italy in the same tournament four years later. Neither lifted the trophy.

Portugal is unbeaten in its 13 competitive fixtures under Fernando Santos (winning nine and drawing four). Eight of those nine wins were decided by a single goal.

In major tournaments, Portugal has only lost one of their last 13 games.  It was against Germany in the group stages of the 2014 World Cup.

Portugal has conceded only one goal in their last five knockout games at the European Championships.  It was against Poland in this year’s quarter-finals.

Portugal has won three of their four penalty shoot-outs at major tournaments (75 percent). Among European nations to have taken part in at least four shoot-outs, only Germany boasts a better stat (86 percent).

Cristiano Ronaldo has played in more games than any other player at the European Championships (20). None of his three goals and two assists at Euro 2016 were outside the Parc Olympique Lyonnais.

Ronaldo has now matched Platini’s record of nine goals in the European Championships. He has never scored against France (234 minutes of play). 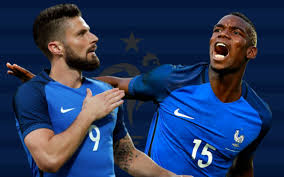 Only Germany and Spain (3) have won more European Championships than France (2).

The French are the top scorers at Euro 2016 with 13 goals in six games. They had not netted that many in a major tournament since Euro 2000.

Meanwhile, France has a 50 percent success rate in penalty shoot-outs, having won three of the six they have taken part in.

Griezmann has scored/assisted more goals than any other player at EURO 2016 (6 goals, 2 assists). He has the opportunity to become the third French player to finish as sole top scorer at a major tournament after Just Fontaine (World Cup 1958) and Platini (1984).

Deschamps could become the second person to win the European Championships as a player and as a manager since Berti Vogts (unused sub in 1972, winning manager in 1996). Deschamps was the winning captain for France at World Cup 1998 and Euro 2000. 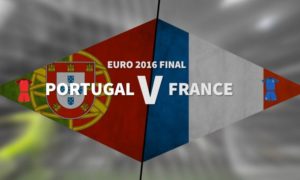