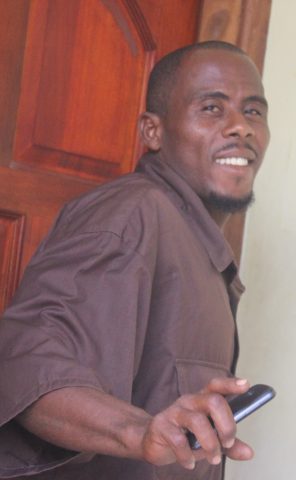 By Aaron Humes: 31 year old Jarett Crawford, charged with aggravated assault upon a police officer with a firearm, was sentenced to 3 years today by the Chief Magistrate, Ann-Marie Smith, after he was found guilty of the charge. 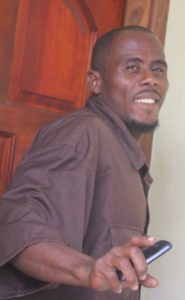 Crawford and 6 others were also charged with robbery, conspiracy to commit robbery and handling stolen goods in relation to a Chinese shop on Faber’s Road in September 2014 but those charges were withdrawn because the complainant did not want any further court action.

The incident occurred on September 5, 2014 at. Police Corporal Barrington Flowers, a member of the Gang Suppression Unit (GSU) testified that based on information he received he went to a Chinese shop on Faber’s Road and when he arrived there he saw Crawford coming out of the shop with a firearm in his hand.

Flowers said two other persons came out of the shop and one of them who had a knife in his hand ran and escaped. Flowers said he detained the second person who had some of the stolen items. It was when he went to the police station the following day to identify the person he had detained, he saw that Crawford was in custody, testified Flowers. Crawford was convicted for shooting at Flowers.