Belize: The Value of Lobster to the Nation 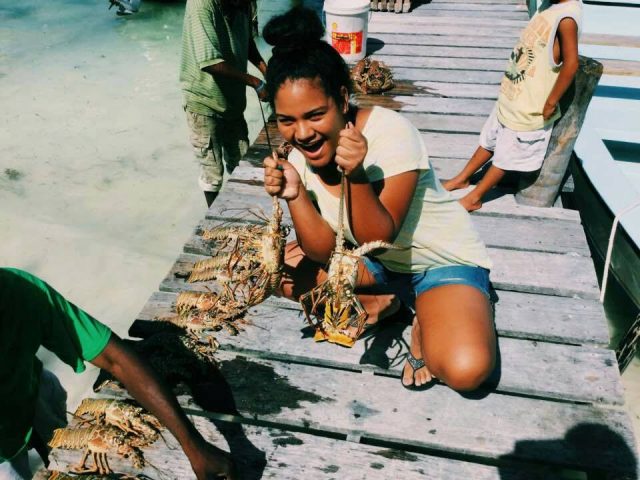 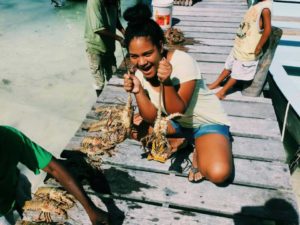 By Richard Harrison: Spiny lobsters, also known as langouste or rock lobsters, are a family (Palinuridae) of about 60 species of achelate crustaceans, in the Decapoda Reptantia. Spiny lobsters are also, especially in Australia, New Zealand, South Africa, and the Bahamas, sometimes called crayfish, sea crayfish, or crawfish (“kreef” in South Africa), terms which elsewhere are reserved for freshwater crayfish.

1950, peaking around 1984 when production reached around 1,000 metric tonnes. The value of exports peaked around the year 2000 at around BZ$18 million, for around 293 tonnes, when the average international price was around US$29 per kilogram or around US$13 per pound.

The Fisheries Act of 1948, and its Amendments, Regulations and its Subsidiary Legislation regulate fishing for lobster. It is illegal to harvest:

In 2001 the Northern, National, Placencia and Caribena Fishers Cooperatives produced 49.8 percent, 42.8 percent, 6 percent and 1.3 percent of all lobster tails, respectively. This means that the northern half 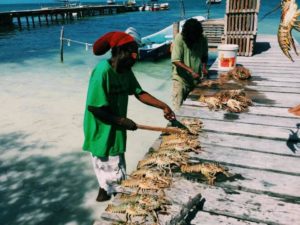 of the country harvests the lions share, and that there is great opportunity for the southern half of the country.

“The lobster season will remain closed until Sunday, June 14th. This time is given to allow lobster populations to breed. The general public and fishermen are advised that it is illegal to fish, attempt to fish, possess, buy or sell any lobster or lobster products during the closed fishing season, which runs from February 15 to June 14, 2015. All lobster fishing gears, including traps, drums and shades must be removed from the sea floor during the closed fishing season. It is important that we follow regulation to ensure that next season is equally as productive,” was a statement issued by a Fisheries Department official.

The Spiny Lobster (Palinuridae) remains as one of the top marine exports for Belize.

There is no available data on volume sales of lobster on the domestic market. With the growing tourism sector, and a local population of around 360,000, this amount is currently estimated to have an economic value similar to exports. The local market currently pays around BZ$15 per pound or US$16 per kilogram.

The value of lobster to Belize however, is much more than the current dollar value of exports. 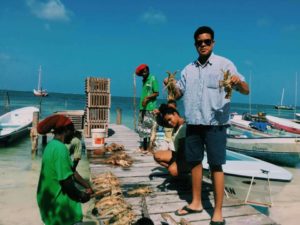 BELIZE LOBSTER grows in environments that are still very clean and free from pollution, and is considered very high quality….it is one of the “star” feathers in the cap of Belize’s substantial conservation efforts, and should be used to attract more and better investment in conservation and sustainable development in the country….it may qualify for “organic certification” to earn higher value.

Lobster is prized all over the world, hence identifying Belize’s services and goods exports with the high quality BELIZE LOBSTER has all kinds of synergistic “image building” opportunities.

Greater linkages with the tourism sector can create lobster harvesting tours, complete with educational opportunities, preparation lessons, etc. The shells must be aesthetically preserved and cast into gift items, instead of being discarded.

Lobster is a part of Belizean culture…and is prepared in many different ways by locals, for breakfast, lunch, snacks and dinner. This entire culture needs to be offered as a special gastronomic experience of visiting Belize.

Belize needs to grow this industry increasingly based on commercial aquaculture production of lobster. This requires substantial investment in research and sustainable development of the species in ways that cause minimal undesirable effects on the environment.

There are many value-added opportunities in processing of ready-to-eat meals of lobster and other seafood, developing on local recipes.

In short….BELIZE LOBSTER is the best of Belize!!!