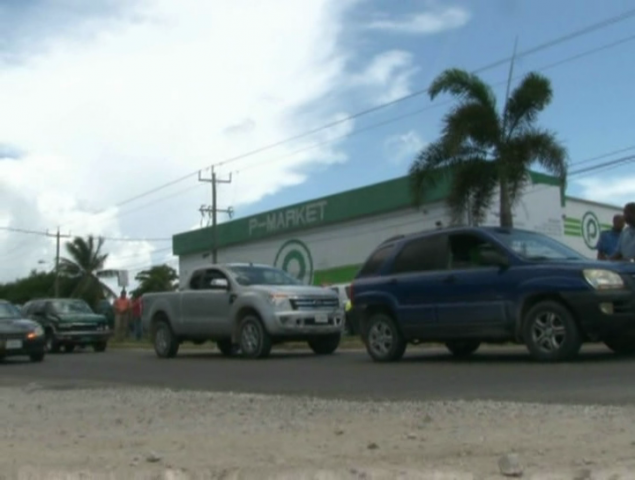 By Aaron Humes: A chain reaction originally begun with this morning’s turnover of a Bowen and Bowen vehicle in Ladyville resulted in two vehicles traveling into Belize City being severely damaged. 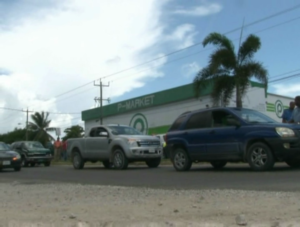 Because of the Ladyville scene, traffic had slowed coming into Belize City, with cars nearly bumper to bumper up to just before 11 this morning.

And when a vehicle leading the line near mile 2 on the Philip Goldson Highway did something unexpected, near-disastrous consequences followed.

Eyewitness to the accident Gilvano Swasey, whose vehicle was one of the four involved, tells us none of the vehicles were able to hit brakes in time to avoid a collision.

According to Swasey, no one was injured on the scene, including himself, and those involved exchanged insurance information.

We asked Swasey whether this accident was preventable. He told us that as a regular user of the highway, he is surprised that there are not more accidents, especially at peak rush hour where similar instances happen.

Police have not issued any details on the accident of as news time.