More drugs and a firearm off Punta Gorda Streets

When a man loves a woman… 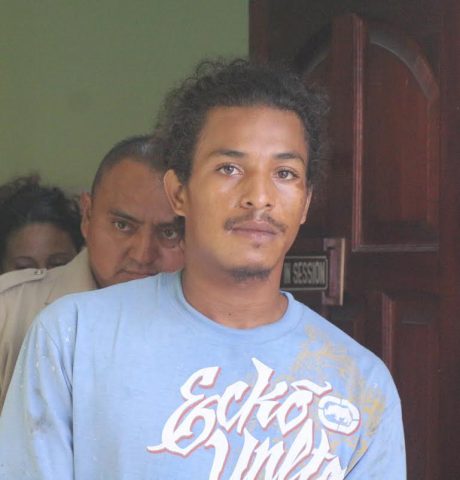 By Aaron Humes: Construction worker 23 year old Luis Carter has been arraigned for attempted murder, use of deadly means of harm and dangerous harm upon Dwayne Hyde and for aggravated assault upon Kimberly Humes, his common-law wife, following an incident reported earlier this week on the island of Ambergris Caye. 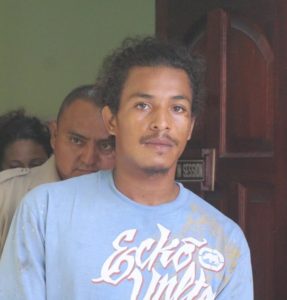 The early morning confrontation has left Hyde still in a fight for his life in hospital after being shot to the abdomen, allegedly by one of three men who followed him to his house in the Escalante Division, D.F.C. area on the island.

According to a report given to police by Humes she was at home, when she heard a knock at their front door and when she opened the door, it was to meet Hyde, whose first words to her were that his life was under threat.

Hyde’s pursuers arrived and after a brief encounter with one of them, a struggle ensued and Hyde was shot.

Police say Hyde identified that attacker as “Wizz”, whose name is now known to be Luis Carter, who was reportedly stabbed three times to the neck, mouth and abdomen, during the course of his scuffle with Hyde.

Carter was treated at the San Pedro Poly clinic and remained under heavy police guard until his release when they took him in and laid charges.

In court, no plea was taken from Hyde since Senior Magistrate, Sharon Fraser explained to him that due to the nature of the offenses, which are alleged to have occurred with the use of a firearm, she could not grant him bail at this time, however, he can apply to the Supreme Court for bail with the assistance of an attorney.

Carter was remanded to the Belize Central Prison until August 31, 2016.