When a man loves a woman… 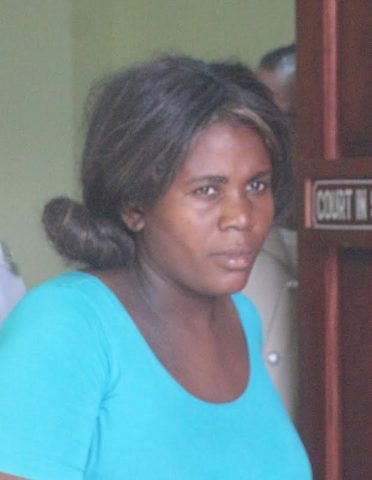 By Aaron Humes: 21 year old Ernestine Noralez, known as “Queenie”, originally from Dangriga Town but now residing in Double Head Cabbage, Belize District, is accused of stabbing her common-law partner once in the chest, near the heart, almost killing him as a result. 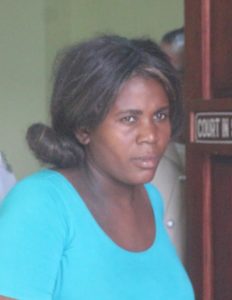 That was about a month and a half ago on May 29, and Noralez, now 2 months along with their first child, and her partner, 26 year old Jordan Jones, have made up.

But Noralez still faces serious charges of attempted murder, use of deadly means of harm and dangerous harm and this morning she was remanded to prison until August 30, 2016.

Jones spoke with us and says it was an accident; he tapped his partner on the shoulder from behind and she panicked and stabbed him. It was she who informed family and rushed him to hospital.

According to Jones, Noralez has expressed remorse for her action and that she is sorry for what she has done.

But any reuniting will have to wait as Jones was unable to inform the court that he wants no further action against Noralez. He was told that he must go to Ladyville Police and give a further statement indicating such which will be forwarded to the office of the Director of Public Prosecution for the case file. Upon review, if the DPP is satisfied that Jones is not being coerced into dropping the charges, then she will direct that they be withdrawn.

Until that happens, Jones and Noralez’s family are seeking legal advice in relation to speeding up the process of dismissal and securing bail for the young woman.