Bulgarians back in court for confiscation challenge

Maya and GOB back to CCJ over consent order 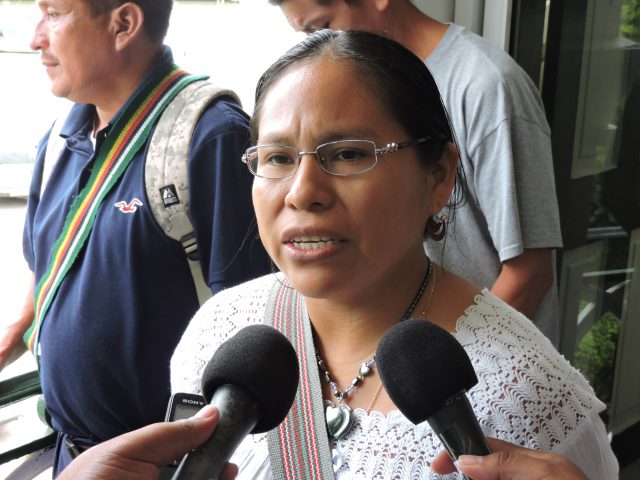 By Aaron Humes: The Caribbean Court of Justice (CCJ) this morning held a hearing via video-conference with legal representatives of the Government of Belize and the Maya Leaders Alliance/Toledo 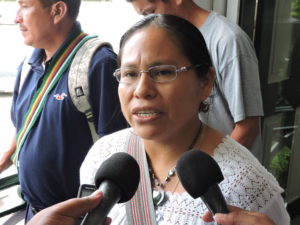 Alcaldes Association in response to recent reports on the implementation of the Consent Order it issued last April recognizing customary land tenure within the Toledo District.

The MLA/TAA contends that there are concerns with the implementation process of the Order, overseen by the Toledo Maya Land Rights Commission, in terms of actual engagement with Maya leaders; with the use of the 300 thousand dollars offered in funds to oversee the implementation of the Order; and finally that the Commission does not seem to have a roadmap or workplan, and with the process continuing to drag on, there has been no effort to stop continuing violations of Maya peoples’ rights without any remedy from the Government.

MLA/TAA spokesperson Cristina Coc said the CCJ has closely questioned the Government over its plans, and advocated the establishment of a separate body to address grievances

While it was not expected to last forever, the news that the 300 thousand dollars has already been spent came as a surprise. It also rankles for the Maya in at least one instance, according to Coc: its members were denied reimbursement for travel expenses, which NGO’s and others got.

Coc told us that the MLA/TAA leadership and the communities are not separate and so any talk of “meeting with the Maya communities” necessarily includes meeting with them as well. She added that to hear that the process undertaken in the last few months is only “exploratory,” allowing the Commission to get its feet under it, rubs yet more salt to the 35-year old wound experienced by the Maya.

The Government has undertaken several things in this hearing that are expected to be completed by the time of the next report in January, 2017.

Attorney Monica Coc-Magnusson appeared for the MLA/TAA; Senior Counsel Denys Barrow appeared for the Government of Belize. The President of the CCJ, Sir Dennis Byron, presided over the case.