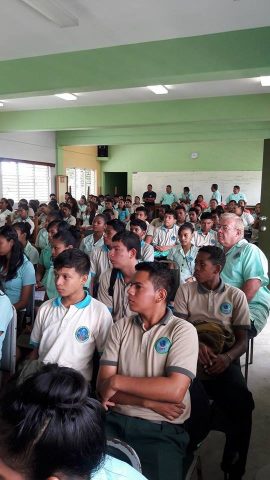 By Dalila Ical: Go Joven Belize, a non-government organization based in Belmopan, held its 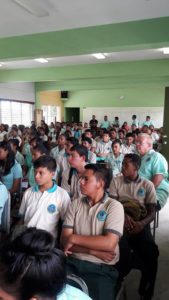 Go Belize, as it is also called, was established in 2011 and is focused on youth leadership development in sexual and reproductive health and rights. Since then their scope of work has entailed training youth and members of other organizations from across the country “to create positive change in Adolescent Sexual and Reproductive Health (ASRH) programs, policies, and services.”

Today’s forum was aimed at “increasing the NGO’s visibility in the country, increasing the awareness of human rights and SRH services provided in Belize that contributes to youth development, and building the youth’s capacities and understanding of their individual health, which include physical, mental and emotional health,” said Executive Director Eva Burgos.

The target population for the forum was out of school youth. 119 of them, all from rural areas attended 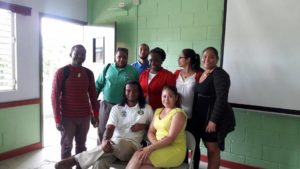 the event. Burgos says that out of school youth in rural areas often face different challenges than those faced by youth living in urban areas in the country. The forum also helped Go Belize to find out what some of these issues are, Burgos added.

Representatives of the National Committee for Families and Children, NCFC, gave a session on the rights of a child. There were other presenters including the National Drug Abuse Control Council (NDACC) and other government offices that work with young people. Several of the presenters representing government offices were members of the NGO’s alumni: Carl Miller, Steven Dias, Errol Longsworth, Peter Willam, Shantel Jacob, Nekeisha Lima and Marla Magana. 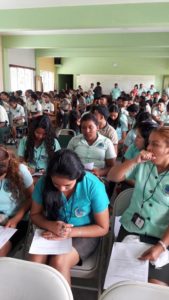 The National Youth Council representatives were also present as Go Belize believes that young people across the board should have a fair opportunity to learn about their scope of work and how they can be involved in these platforms, Burgos said.

She went on to add that they are interested in including out of school youth within such platforms and used the forum to find out whether they were interested as well. It also opened the door for other NGOs and government departments to begin work with these young people.

GO Belize wants to conduct a second forum for out of school youth in Dangriga in the last week of August.