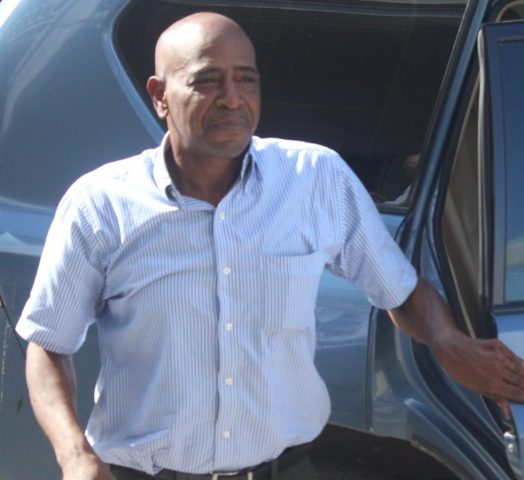 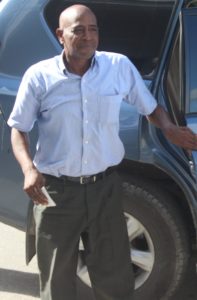 By Aaron Humes: Mark Flowers, former head of the GSU, was charged with 2 counts of unlawful sexual intercourse when he appeared today before the Chief Magistrate, Ann-Marie Smith. Flowers was remanded into custody until September 26 when disclosure is to be given. A case management has been set for October 26. The case will be heard in Belmopan Magistrate’s Court. According to the allegation, Flowers has sex with a girl 14 years and 3 months old at Blackman Eddy on January 1, 2016 and on March 15, 2016. Flowers was represented by attorney Dickie Bradley.

But before his arraignment, Flowers was busy giving interviews to major media houses in Belize City, strongly denied the allegations against him. He also insisted he was not on the run, and said he feels he was targeted by no less than the Minister of National Security himself, allegedly for supporting rival Patrick Faber by posting a picture on Facebook. Flowers said he and Faber are friends and he does not regret his action.