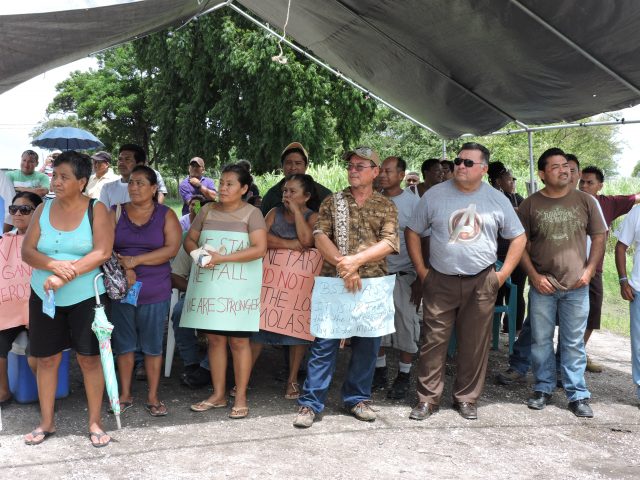 By Dalila Ical: At least 200 cane farmers staged a second protest today at the entrance of the Belize Sugar Industries (BSI) compound, refusing to incur any of the financial loss of molasses that went bad at the mill earlier this month. 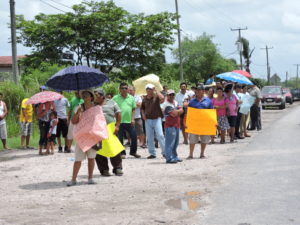 Since their first protest, Alfredo Ortega, Chairman of the Orange Walk Branch of the Belize Sugar Cane Farmers Association (BSCFA) says BSI has not approached the farmers to further discuss the situation and insists that both stakeholders share the loss.

In addition, Ortega says, the Sugar Industry Control Board (SICB) has also not made any statement on the matter. Ortega says the BSCFA sent a letter to the SICB last Tuesday but has not received any response. “That is something that really, we don’t feel happy about that because they are the regulating body within the industry and we should hope that they would be prompt to act when there is an issue but it seems that there is no movement from them…and we want them to come out clear to see what is their position in this issue.” 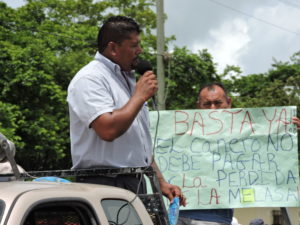 But he adds that while the leaders may not have been present at the protest, they have been in meetings and have signed a letter that has been sent to BSI addressing the molasses issue and other matters such as the second payments to farmers.

Joining the protest this time however, were members of the executive of the Belize National Teacher’s

Union (BNTU) Orange Walk Branch. President Otilio Munoz said: “The Belize National Teacher’s Union is not only about the collective bargaining agreement and those things, right. We also are concerned about national issues…we have made several campaigns…and I believe this is a national issue, especially in the northern part of the country…I can feel that if this continues, this problem continues, at the end of the day every single one of us will be affected.”

Munoz says he made a last minute call to the members of the branch and was able to gather the support of the branch executive and a few other members who happen to also be cane farmers.

The situation is worrisome for the BNTU Orange walk branch because, “what is being done to the cane farmers today, it’s an injustice because they don’t have anything to do with the irresponsibility of the Belize sugar industry,” Otilio said.

Amid the tensions within the industry, government has been called to step in. Today, Minister of Agriculture and Fisheries, Gaspar Vega said that he has spoken with his CEO and they are both seeking technical advice from experts outside Belize. He added that while some are trying to politicize the matter he wants stakeholders to form a stronger alliance.

The situation “is not healthy for the industry especially at times like the ones we are going through with the price for sugar,” he said while refusing to take any sides or commenting further on the action taken by the farmers. 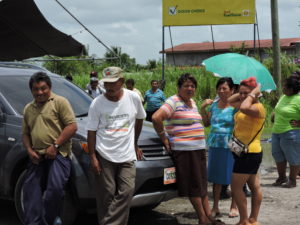 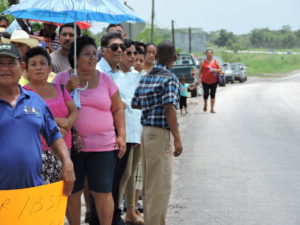 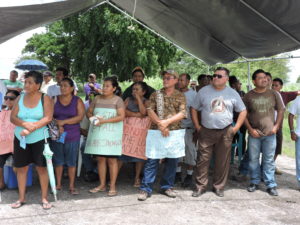