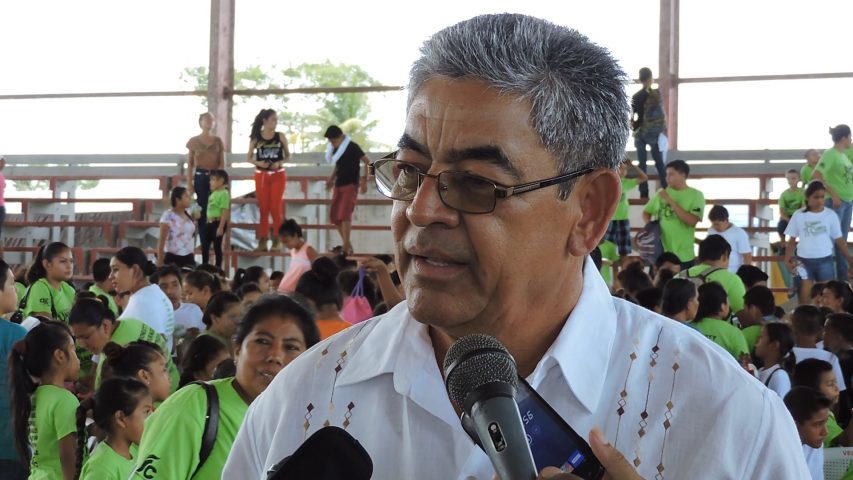 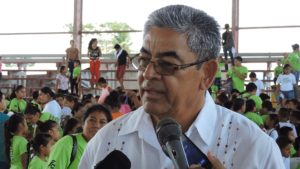 That is what the now Minister of Agriculture and Fisheries Gaspar Vega told the media today in Orange Walk about his purported affiliation to the scandal involving Mason and the kidnapping of Mennonite businessman, Lloyd Friesen.

But that’s not all he said, though he didn’t say much, except for categorically denying that he conducted any business with Mason or maintained any sort of relationship with him. He also said he didn’t receive any campaign financing from him.

According to Vega, he had met with Mason twice in a “social context” at Mason’s house back when he was Deputy Prime Minister and that Mason was introduced only as “Danny”. Vega says he was told that Mason was an investor who had arrived in Belize. “It has been some time and I didn’t give it that much importance,” he said of the encounter.

“I would like to be able to give you some information,” Vega expressed but maintained that he knew little to nothing about Mason’s activities within the country.

By now, several names have been dragged into the controversy surrounding Mason but when it comes to the agriculture sector, Vega insists that he does not know about Mason’s business or association to others such as Manuel Trujillo a businessman in the coconut industry, who is allegedly the person who introduced Mason to Vega. Vega denies that Trujillo made any such introduction.

When pressed by the media as to whether or not there was any business between the government and Mason, Vega said: “Not that I know of. I don’t know if he brought in any corn, sincerely.” Vega went on to say that not even his CEO, Jose Alpuche, is aware of these allegations, someone who would have to know even before him about the Ministry’s business, he insisted.

As for other matters following the allegations such as the call for the Minister of National Security, John Saldivar to step down, Vega said simply, “I don’t know what dealing he had and I don’t want to speculate. I don’t want to add any more wood to the fire.”

And when asked how he would suggest the situation be handled following serious allegations against prominent government figures, Vega said: “I think we have to get the truth. It’s so impossible because even the media, the media wants some certain answers and sometimes they’re not looking for the truth, they already made up their mind this should be the answer and if you give a different answer they keep insisting for a different answer. We have to be honest, everybody have to be honest. We have to ensure that we take it for what it’s due, we don’t want to make a hurricane, like weh deh say, outa a half glass wata.”

Furthermore, the Minister is confident that the police, some of who have been implicated in the ever growing scandal will carry out a proper investigation. As for an independent investigation, Vega feels that firstly there is a need to ensure a proper police investigation.