Tropical Storm Earl continues to strengthen, may make landfall in Belize as a hurricane

Belize International Airport closes down due to Tropical Storm Earl 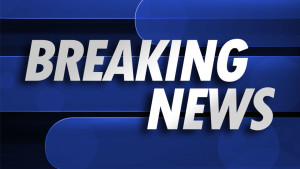 By BBN Staff:  Iran Oliver  Mesh , 21, a resident from the village of San Antonio in the Cayo District drowned yesterday in the Macal River while heading to work.

According to reports, Benque Viejo Del Carmen police responded to a call at Duplooys Jungle Lodge at mile 5 on the Chaa Creek Road where upon arrival, they observed the motionless body of Mesh.

Initial investigation revealed that on Tuesday, August 2, 2016 about 12:10 p.m.,  Mesh was crossing the Macal River alone inside a silver colored canoe from San Antonio Village to  Duplooys Lodge when the canoe overturned causing him to fall in the river and drown.

He was later taken out of the river by a co-worker, Gudiel Rolando Tzib,also a Belizean Chef of San Antonio Village, who administered CPR on the body but was fruitless.

The body was transported to the San Ignacio Morgue where the doctor pronounced him dead. A post mortem examination has been scheduled for later this week.

According to police reports, the badly decomposed body of Diaz was discovered near Bobadilla area of the Mopan River on Tuesday, August 2nd around 3:30 p.m..

A post mortem examination was conducted on the body by Dr. Fausto Pineda who concluded that Diaz died due to drowning.