Belize: The Experience and Opportunities of Hurricane Earl 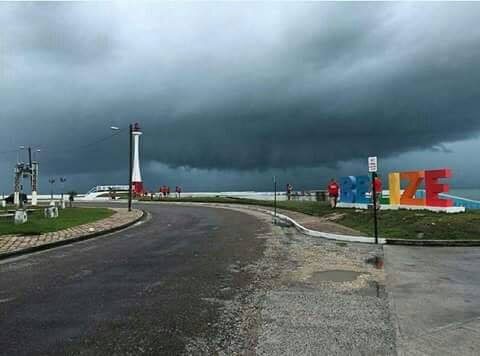 By Richard Harrison: On Tuesday, August 2, 2016, Tropical Storm Earl was already predicted to head in the general direction of Belize and Quintana Roo, Mexico. 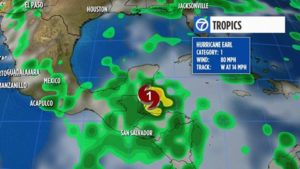 It made landfall just south of Belize City, shortly after being upgraded to a Category I hurricane, early Thursday, August 4; but its effects were being felt in the islands and coastal areas of Belize from late evening Wednesday, August 3.

Maximum sustained winds were reported to have reached around 80 mph…..enough to cause major widespread damage to the islands and central coastal areas of Belize, especially Belize City and surrounding villages. 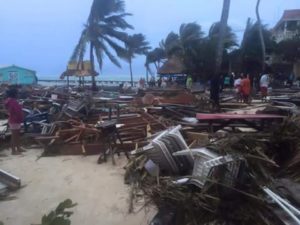 Major flooding in the Cayo and Belize districts has continued through Thursday and today, with important bridges in San Ignacio, Iguana Creek and Roaring Creek made impassable by rising flood waters.

Electrical power began to go down from late evening Wednesday, but was mostly back up by late evening Thursday in most parts of the country. There are few, mostly rural, areas left where the service has not been restored as yet. Parts of San Pedro and Caye Caulker are still without electricity.

Telephone and internet service, by both Digicell and Smart providers, withstood the storm very well, and communication was possible throughout, although the quality of connection was reduced during the 8-hour peak of the storm, from 9pm Wesnesday to 5am Thursday.

Water service on the mainland was lost in most areas directly hit by the storm, but was restored by late evening Thursday. Some coastal areas and islands remain without potable water at this time.

There were little or no complaint of people not being able to evacuate for lack of public transportation by sea, air and land.

The public media and information system was in full operation, with local and international reporters broadcasting live reports and calls for help from those in danger; by way of social media, radio and television.

The police, BDF, medical, emergency organizations and other first responders also braved the storm well and assisted as many people as they could reach. Thankfully, no lives have been reported lost as a direct result of the storm.

In general, the information that was coming out of the local emergency management organizations as well as the international meteorological centers was that this was a tropical storm with expectations to deliver a lot of rain, with subsequent flooding.

The people of Belize did not take this storm seriously and many were making jokes about preparations for a night of party, stocking up on alcoholic beverages rather than food and essentials. Many did not bother to board up or safely store valuable items such as boats and marine equipment. Many on the islands and coastal areas who otherwise would have evacuated, chose to stay at home.

The tropical storm continued to strengthen as is continued its direct path to Belize, and became a Category I hurricane late Wednesday evening, not many hours before landfall….thus there were very few daylight hours of hurricane warning and the relevant adjustments to plans and preparations which were required. By this time, people had to remain where they were and hunker down.

Many question the correctness of the categorization of this storm at its different stages…and the appropriateness of the official public warnings and preparations by emergency response organizations.

Shortly after dark on Wednesday, the islands were already experiencing strong winds and storm surge….by 8pm, the strong gusts of wind and rain were already causing extensive damage to homes and businesses, boats, marinas, beaches and beach structures.

By 10pm, Belize City and Ladyville area were experiencing storm surges with water rising in certain areas to as much as 5 feet in the streets, with many homes taking in water in the lower flats. Many areas

are still inundated, however the water is running off pretty fast. No further rains and some sunshine is helping in this regard. However, damage is being recorded to the homes of many in the more humble areas of the city….these are the people that will need the most assistance over the days and weeks ahead.

Most of the damage caused in the inland areas of the Belize River Valley, Cayo District and Stann Creek District were uprooted and broken trees and poor wooden structures….with substantial damage and economic loss to banana, citrus and grain crops.

Thus the land crawl lasted around 12 hours….a lot of time….since Belize is only around 100 miles wide from the Great Belize Barrier Reef to the western border with Guatemala.

Belizeans have a way of coming together when faced with external threats such as these storms. All the people move forward to help one another during these times. It is not perfect, but in general there is a good and positive spirit. Everyone laments the economic costs of the storm, but everyone is pleased that 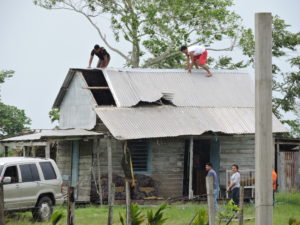 no lives were lost to it.

We are reminded that the hurricane season lasts until November.

The utility companies seem to have very stable and reliable systems and people in place to keep their services running until the last possible hour into the storm…and then to get things up and running early after the storm is gone. The remaining areas where service needs to be restored requires around the clock attention and effort….the general public needs to cooperate fully, especially avoiding areas where there are downed high voltage lines and electrical poles.

The Belize Red Cross, the National Emergency Management Organization and Government of Belize relevant ministries needs to pull together a rapid assessment and plan for relief in a coordinated manner….so that local and international relief can be properly channeled to those who need it most. There is a lot that we can do for ourselves and for one another…and which encourages everyone else to help us more willingly.

The Government of Belize and its international partners must design a project for housing the people left homeless or in substandard living conditions in the Belize City area and San Pedro. A creative method of payment by the beneficiaries labor put into the building of these communities should be well thought through, designed and implemented. 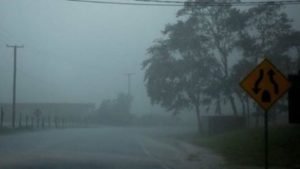 The churches and parishes, especially in the more humble areas, must console the homeless, prepare and share food and water, bring in clean and dry clothes and blankets, and where possible repair homes. The schools should form brigades of student missions to get this work done….unite the giver, the gift and the gifted. The hands of God must touch the body, mind and spirit of the people of Belize.

The open sewer canals of Belize City has been a perpetual problem that needs attention….there needs to be major expansion of the underground sewer system and liquid waste treatment plants, as the overflowing of these during storms can cause acute and chronic health hazard. San Pedro, Caye Caulker and Placencia needs urgent systems for handling liquid waste that is currently seeping into the sea and underground water. This is opportunity for Public-Private Investments.

The financial sector (banks and insurance companies) needs to respond with haste to financing requirements for construction and re-construction…especially in the tourism and agri-business sectors….and the Central Bank of Belize needs to facilitate this process…so that business and livelihoods can be restored to normal with unprecedented speed and fluidity. 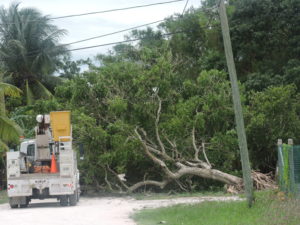 Owners, managers and workers need to put their ALL into the rapid rebuilding of Belize…..we must build stronger and better….in this life, things and people are only broken so that they can be stronger and better. There is a lot of work to do….and we have a lot of able hands that needs and wants to be put to work.

The effects on our natural eco-systems, especially the Great Belize Barrier Reef, needs to be monitored and assessed, so that appropriate responses are designed and implemented to continue to conserve and sustainably develop these resources.

Investors and tourists must come to Belize in record numbers now! We will be a better place and people to invest in, so you can be a part of this renewal.

Long live Belize…..Land of the Free by the Carib Sea!!