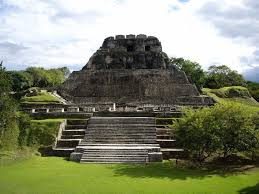 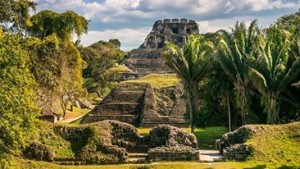 By Aaron Humes: Archaeologists have uncovered what may be the largest royal tomb found in more than a century of work on Maya ruins in Belize, along with a puzzling set of hieroglyphic panels that provide clues to a “snake dynasty” that conquered many of its neighbors some 1,300 years ago, the Guardian (London) reports.

The tomb was unearthed at the ruins of Xunantunich, a city on the Mopan River in western Belize that served as a ceremonial center in the final centuries of Maya dominance around 600 to 800AD. Archaeologists found the chamber 16 to 26 feet below ground, where it had been hidden under more than a millennium of dirt and debris.

Researchers found the tomb as they excavated a central stairway of a large structure: within were the remains of a male adult, somewhere between 20 and 30 years old, lying supine with his head to the south.

Archaeologist Jaime Awe, former director of the Belize Institute of Archaeology, said preliminary analysis by osteologists found the man was athletic and “quite muscular” at his death, and that more analysis should provide clues about his identity, health and cause of death.

In the grave, archaeologists also found jaguar and deer bones, six jade beads, possibly from a necklace, 13 obsidian blades and 36 ceramic vessels. At the base of the stairway, they found two offering caches that had nine obsidian and 28 chert flints and eccentrics – chipped artefacts that resemble flints but are carved into the shapes of animals, leaves or other symbols.