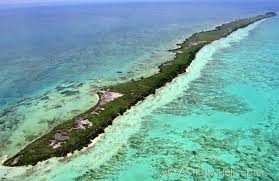 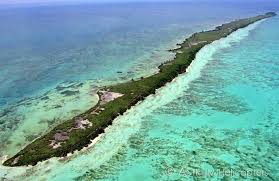 project is underway, as its Environmental Impact Assessment (EIA) is currently undergoing some fine tuning.

The Blackadore Development Group has been closely working with local stakeholders who are acquainted with Blackadore Caye, a private island west of Ambergris Caye. According to Public Relations Representative Dionne Chamberlain, the biggest concern identified after the first public consultation, was the lack of communication with the people who would be impacted by the project. The group has since met with over 100 persons in the last few months, Chamberlain told the Sun.

The Blackadore Group has approached persons from different organizations in order to discuss the plans for the island and how beneficial it will be for the area. Some of these people included fishermen both generational and through the Sports Fishing Association, the San Pedro Tour Guide Association, the Hol Chan Marine Reserve, the Department of Environment, the Media, the Crocodile Research Coalition, and the University of Belize. Chamberlain also mentioned that communities as far as San Ignacio in the Cayo District and as close as Caye Caulker had been approached with the restorative idea planned for Blackadore Caye. The Belize Tourism Industry Association along with the Southern Environmental Organizations and the Global Indigenous Movement have also had the opportunity to weigh in with the group’s representative and shared their opinions regarding the project.

Furthermore, the group also travelled to the fishing village of Sarteneja in the Corozal District, where they met with members of the community. According to Chamberlain, they shared with them details about the restorative project and listened to their concerns. Since the main people impacted by the development are fishermen, visiting fishing villages across Belize plays a key role in getting a positive feedback for the edits of the EIA. Chamberlain believes that once most of the concerns are adequately addressed in the EIA during the upcoming public consultation, the session will have a better outcome than the first one.

The next public consultation is being planned before the end of August, and once the date has been officially set the general public will be advised through the respective communication channels.

The Blackadore Caye Development Group thanked everyone who has been patient and supportive. They wish to inform everyone that they remain open to respond to any queries or concerns anyone may have. For further information on the project visit their websitehttp://www.restorativeislands.com/blackadore-caye/…