Construction to start for two new polyclinics in the Corozal District 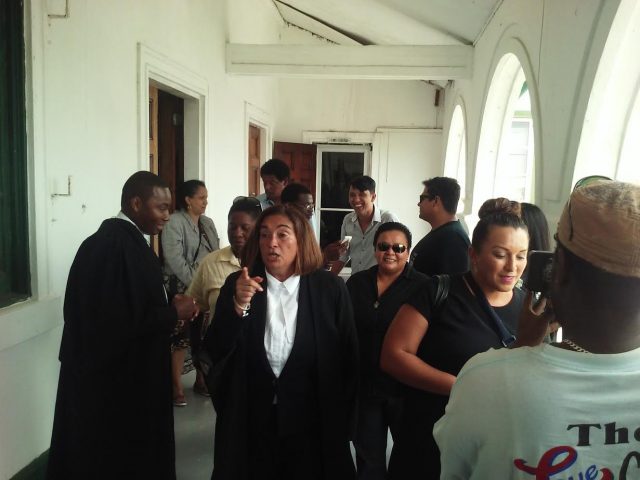 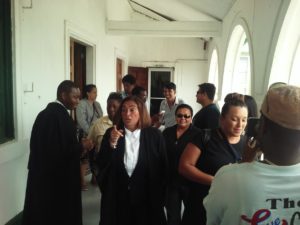 client and their supporters pleased with today’s ruling by Chief Justice Kenneth Benjamin, having won on every point raised.

A small contingent of pro-LGBT individuals countered the much larger – though not by much – Christian gathering as the two bracketed Regent Street, and cheered the good news delivered around 11:30.

Further questions will be taken at a press conference to be held this afternoon at 2. 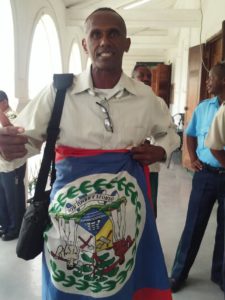 Meanwhile, disappointed Evangelical Christian leaders attending the decision say they will redouble their efforts despite a court-sanctioned dismissal.

Patrick Menzies of BelizeCan Patriots and the Alliance of Church Leaders and Ministers of Belize held the Belizean flag upside down, an internationally recognized sign of distress, as he declared that it was “all over” for Belize.

The Court, he said, apparently took no notice of the amended Section 46 of the Criminal Code which now allows all forms of sexual intercourse with consent.

Pastor Lance Lewis, president of the National Evangelical Association of 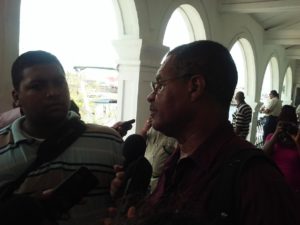 Belize which split from interested party the Belize Association of Evangelical Churches, said Christian Belizeans must now get “militant” to resist the coming change to society.

“We have come to the bottom. The only way out is up, and we will get up when we get down on our knees,” said Lewis as he warned of a continued slide toward immorality.