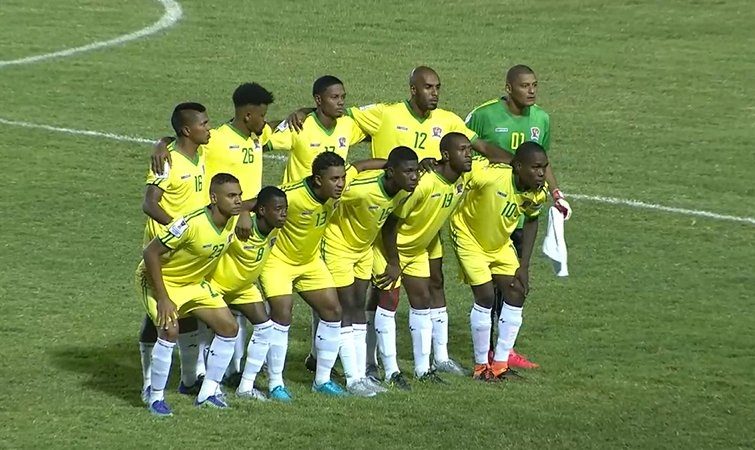 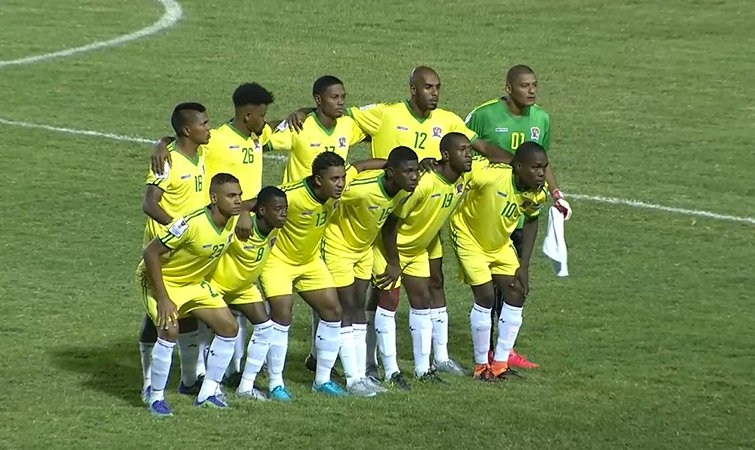 By Erwin Saravia: Last night, Police United FC participated in their first CONCACAF Champions League match, and the first in their history.

The night didn’t start well for the team, 90 percent of which is made up of local police officers. The first minute of the match saw the Olimpia striker Bayron Méndez score after a poor clearance from Darren Myers.

The second goal was scored by Javier Estupiñan just three minutes after being substituted in, after Olimpia and Honduras top striker Carlo Costly was substituted for an early injury. The first half came to an end with the Olimpia Club Deportivo easily winning the first half to “Innocent Police United FC”.

The second half was no different, 75 minutes into the match saw Police United defense Darren Myers being sent off after referee showed him the red card for accumulate yellow cards. It was difficult for the Belizean Champions playing with 11 men, but luckily the red card, which left them with 10 was shown just 15 minutes before the final whistle.

The third goal came 32 minutes into the second half by Micahel Chirinos after 10 Men Police United failed to clear the ball after a foul was made just outside the box. It was a nightmare of a debut for the Belize Champions and it wasn’t over yet, just three minutes after the 3rd goal, came the 4th and last goal, scored again by  Micahel Chirinos, his second of the night.

The game ended after the 90 minute whistle, it was an excruciating match for the local champions but beginners when it comes to International Football. It was a good result for Police United when we come to think about last year, when Verdes FC got crushed 8-0 against Mexican Champions Queretaro.

Erwin Saravia is a local sports journalists based in Belmopan.