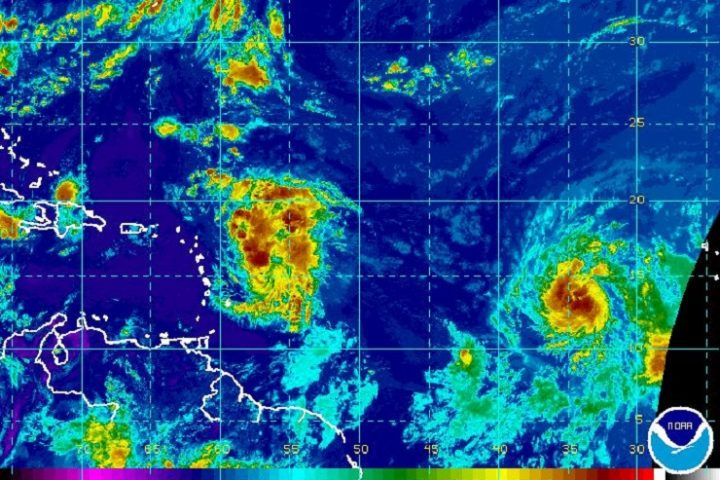 By Aaron Humes: Tropical Storm Gaston could be the first major hurricane for 2016 in the Atlantic, but a wave headed toward the northern Caribbean Sea could be more of a threat according to forecasters. hurricane, but it is expected to go west north west and stay mostly away from land up to next week.

However, Invest 99L, which was located about 400 miles east of the Lesser Antilles early this morning, that will be the most impactful of the three systems in the Atlantic.

The NHC says the system has a medium chance of development into a tropical depression or Tropical Storm Hermine over the next two to five days as it brings heavy rains to the Leeward Islands.

The system should reach the Lesser Antilles late today or early tomorrow and then spread through the northeastern Caribbean islands into Thursday.

The NHC said interests from the islands of the northeastern Caribbean Sea to the Bahamas should therefore monitor the progress of this system, as gusty winds, heavy rains, and possible flash floods and mud slides could occur over those areas, whether or not a storm forms.