Church leaders and Ministers of Belize to protest at House Sitting

Alliance of Leaders and Ministers of Belize makes demands on Government 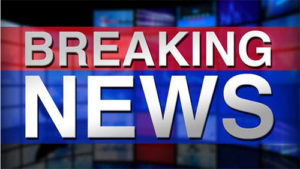 By BBN Staff: The Organization of American States’ (OAS) report on the incident in the Chiquibul in April, where a Guatemalan minor died, has leaked to the media and while neither government has released any official response, the report vindicates Belizean armed forces indicating that Belize Defense Force (BDF) and Friends for Conservation and Development (FCD) rangers came under fire first.

According to the 22 page report, “there is evidence of two branches that have holes from shots fired from where the Ramirez family was located towards the BDF/FCD.”

The OAS team determined that the incident happened in the “Sapote” area of the Chiquibul, 562 meters east of the Adjacency Line, well within Belizean territory.

The report also made note of the fact that the deceased minor had been detained by Belizean officials before and was released. The OAS also noted that on that occasion, Alvarado was found with two gibnuts in crocus bag that had been shot. The OAS say that Alvarado and another minor were hunting with a rifle, according to the FCD detention report made of the incident on that first encounter.

According to the BDF and FCD’s version, the group came to a stop at a corn field when Benjamin Cal, an FCD ranger, ordered the family in the distance to stop. At this point, according to this version of events, the BDF and FCD encountered fire and returned fire of their own.

Carlos Alvarado Ramirez, the deceased boy’s father, says he and his sons were planting pumpkin seeds in the area when they heard someone yell for them to “stop” before promptly proceeding to open fire on them.

According to autopsy reports, Alvarado’s body had eight entry wounds and seven exit wounds. Belizean pathologist, Dr. Mario Estrada Bran concluded due to the trajectory of the bullet wounds that the boy had been shot to his shoulder first then turned away when he was shot again.

Alvarado was not shot with the BDF issued M4 carbine rifle. The report indicates that the boy’s wounds were from the weapons carried by two FCD rangers, a 12-gauge shotgun and a .22 caliber rifle.

The government of Belize has not issued any official statement on the report but OAS officials are expected to officially present the document to the government tomorrow. BBN will keep following this story and will have more details as it unfolds.