Belizeans the time to fight corruption is now 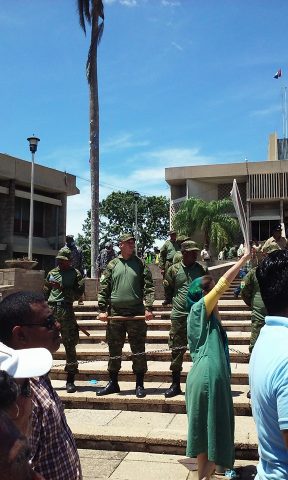 By BBN Staff: If you were caught committing a crime publicly, what would the consequences be? Would the police arrest you and lock you up? Would they hesitate? If you resisted arrest how would the police respond? You would be met with physical force and if you continued to resist you may have been met with deadly force. So why should it be any different for anyone in this country, politician or not? 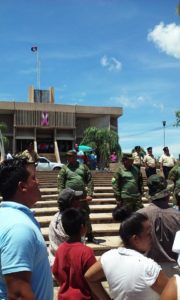 The Auditor General’s comprehensive audit of the Immigration Department was tabled at the House of Representatives on Friday and it details and confirms what Belizeans already knew. But now it is in black and white. The government was engaged in corruption at the highest levels. Names are called and and their dirty deeds are detailed in the Auditor General’s report. The Prime Minister’s favorite go-to “fix-it-up” unelected minister is among the culpable as well. So much for cleaning up the department,

The time has come for the people of Belize to take a stand, and demand that the government make a change for the betterment of the country. Belizeans must make it their business to rid the country of the widespread corruption that has robbed them of proper housing, affordable education, well-paying jobs and suitable infrastructure. Belizeans must stand up and demand that the government sign the United Nations Convention Against Corruption (UNCAC).

The country is yet to fully recover from the effects of Hurricane Earl; debris still lines many streets, many homes haven’t started being rebuilt yet and many families remain displaced. Yet in Belize, the focus of the public is turned to a decision that has more to do with people’s private lives than focusing on how blatant corruption is affecting quality of life. A hundred thousand dollar government vehicle was destroyed because of either negligent disregard for government property or something different entirely. He hasn’t been held responsible and the government will spend $100,000 to buy him a new vehicle. The point is, Belizeans need to demand accountability and transparency. What kind of people are content being taken for fools so consistently? Fools, that’s who.

The UN adopted the UNCAC in 2003 and the signing conference for the convention was held in Merida, Mexico in December of that year. The People’s United Party (PUP), who were in government from 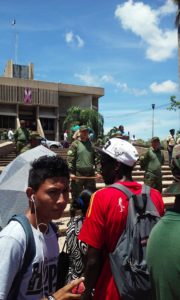 2003-2008, and the current United Democratic Party (UDP) Government have each had ample opportunities to sign Belize on to the convention but neither party has been willing to do so. Belize stands among nations like Syria, North Korea, Japan, Germany and Sudan that have not ratified the UNCAC. Belize and Suriname happen to be the only two countries in the entire Western Hemisphere that have not signed on to the anti-corruption convention.

The UNCAC was introduced as the world’s first legally binding anti-corruption instrument. It is an eight-chapter document that obliges member states to implement several anti-corruption measures that may affect their laws, institutions and practices. The measures aim to criminalize certain conducts, strengthen international law enforcement and judicial cooperation, provide effective mechanisms for asset recovery, and provide technical assistance and information exchange systems between member states. But Belizean politicians aren’t ready for this level of scrutiny; for the people, however, these mechanisms are long over-due.

We should take a lesson from our neighbors to the west, as tumultuous a relationship as we share. When 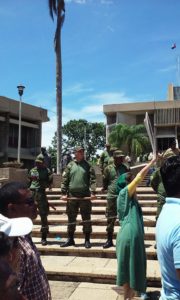 news broke of the “La Linea” corruption scandal in Guatemala, in which high level government officials including the president and vice president were involved, citizen took to the streets by the thousands. Google the images and you will see that citizens came out by the tens of thousands to march and protest with signs and a coffin with the then president’s head depicted on it. Their message was clear: “Either you leave in a jail cell, or in a box!” Those Guatemalan government officials are now in jail, where they belong. Likewise, there are many here in Belize that deserve the same treatment.

When the citizens of any country wake up and realize that no police, military force or government can control a crowd of 10 or 20 thousand, that is when they have reached the heights of power; the power of the people. That is exactly the kind of power the government wishes to keep from the people but remember, the most dangerous threat to government is an educated public. Stay woke Belize.