Section 53 In Context: The Church, The State, and You 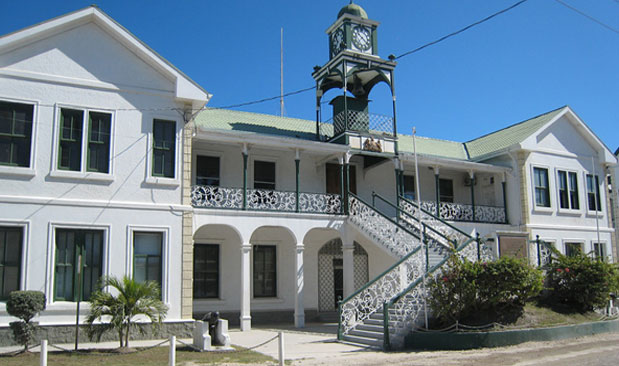 By Leon Westby:  Not every moral wrong can be a criminal wrong attracting imprisonment. This much we know intuitively to be true. For instance, though we would not encourage wanton promiscuity, it would not sit well with us if someone’s twenty-year old son or daughter could be jailed for having sexual relations with multiple partners. This is because the label criminal in that instance would send a powerful signal to society that the person’s conduct is so terribly harmful to our community that they should not walk freely and without suspicion among us. That hardly seems appropriate in the circumstances. Empowering the government to deprive adult individuals of their freedom, to jail them, because of sexual conduct that is entirely within their prerogative, no matter how tacky or tasteless such conduct may be, feels like overreaching. What business does the government have in a grown man or woman’s bed life? The ready answer is most likely: absolutely none.

The Church, however, is right to be concerned about the sexual morality of its followers. One of its primary roles is the perfecting and training of believers. It has a responsibility to admonish and discipline its believers who fail to live up to its teachings, including expelling them from their assemblies. Likewise, a professed Christian person also has an obligation to live according to biblical principles in order to retain good standing with their church, and more importantly, to retain favor with Christ. But should the Church have the power to deprive you of your liberty, to imprison you in a cell because you fall short of the Glory of God? The ready answer is most likely: absolutely not. While the wages of sin is death, we know that the only legitimate judge and jury in matters of pure spiritual morality is God. And this makes sense. The moral standards of Christianity are impossibly high for the average human being to consistently maintain. If we were to be tit-for-tat with each other, an eye for an eye for every sin, then surely chaos would result and most our days would be preoccupied with punishing or being punished for our daily failings.

So what then of Section 53 of the Criminal Code? Section 53 makes sexual conduct that is “against the order of nature” between adults a crime punishable by 10 years imprisonment. Sexual conduct against the order of nature can be a range of things but most notably, and sensitively, it includes anal sex between adults, whether of the same or opposite gender. Section 53 translates what the Church, and some in the secular community, believe to be a moral wrong into a criminal wrong attracting imprisonment. But like the case of the promiscuous twenty-year old son or daughter, we must ask ourselves, should the government have the power to deprive a man or woman of their liberty because of sexual acts that is completely within their prerogative? If we pause to honestly reflect on our lives and the state of our own sexual innocence and virginity many of us would be reluctant to grant the government this power. All have fallen short of the glory of God, particularly in regards to “sexual sins”. In spite of this, the Church says Section 53 should not have been read down to allow same sex relations because that is against the Will of God, and the Constitution is an expression of that Will, of His Supremacy.

Who remembers Maria Roches? She was terminated from her job as a teacher with a Catholic School in Toledo in 2003 for failure to “live according to Jesus’ teaching on marriage and sex”. It was the position of the Roman Catholic Church in Belize that Ms. Roches, who had become pregnant, while unwed, was unfit to carry on in her duties as a teacher at their faith-based institution. The Church would have, without second thought, deprived this single mother of her only means of income because she had “sinned”. Maria’s case serves as a potent reminder, especially to the trade unions, of the ruthlessness of the Church in the pursuit of Godly perfection – an impossibly high standard for the average human. Imagine living in a country where the Church’s influence can control our right to work, to be free, even, to live? The trade unions are well advised to tread lightly in their support of the Church. Yesterday it was unwed mothers, today, same sex relations, tomorrow lying, cheating, and all manner of common failings could attract severe real world consequences. Obviously, one cannot fault the Church for being zealous in faith, but should we not be worried about their influence over legislation that could result in the deprivation of our rights due to any manner of spiritual vice?

The Supremacy of God is that He alone can sit in judgment of the human soul. The bible tells us we can only access God by accepting Jesus as Lord and Savior, we must come to Him of our own free will and volition. It is hard to see then how a ruling which legally empowers an adult to make a choice, even one as between what the Church believes to be sin and redemption, is inconsistent with the Supremacy of God. At the core of it, no one consciously chooses to be the subject hate or ridicule and LGBT adults, should have the lawful right to live in love, or in lust, and to bear any burden of their “sexual sins” before Christ without fear imprisonment by our government, like any other adult Belizean. But many Christians are quick to wear the Crucifix without the sacrifice of their own human selfishness; they forget that the true glory of the crown of Christ comes with thorns.

Striking down Section 53 is about much more than gay rights, it’s about understanding that not the whole of “Jesus’ teaching on marriage and sex” cannot properly be the subject of the criminal law. It’s remembering that, historically, when the Church had unfettered control over all matters of morality, innocent women were burned at stakes for being opinionated and anything short of perfect conformity with popular religious thought could cost you your life as a heretic.