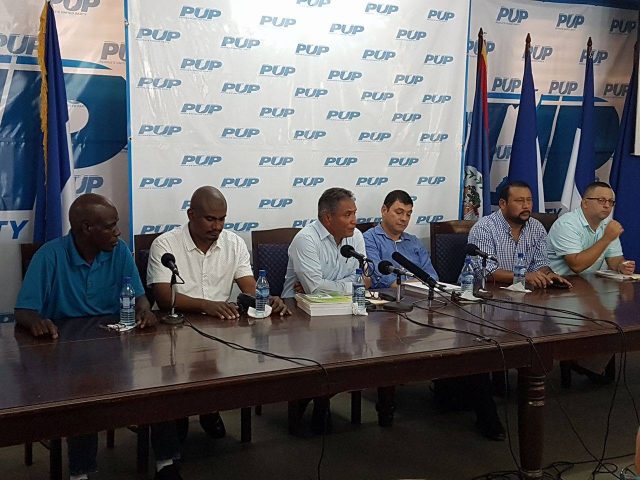 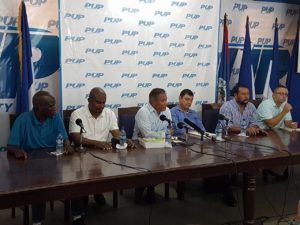 By BBN Staff: Claiming that the Cayo South area representative was attempting to present evidence of one of the worst instances of corruption in Belizean history when he was stopped and hauled out of the House of Representatives, the People’s United Party (PUP) has demanded that Julius Espat’s suspension be lifted and privileges restored.

During today’s press conference in Belize City, party leader John Briceno focused on the apparent existence of an economic citizenship program years after it was supposedly outlawed – and the apparent attempts to cover it up and refusal to cooperate with the Audit Department.

Stating that he believes the Government has lost the support of the people, Briceno announced a “Save Belize March” for next Wednesday, September 7. The march is open to persons of all political persuasions. This Wednesday, he asked for support for the party’s Senators as they attempt to introduce a motion to open a Senate special select committee investigation and have the Government sign the UN Anti-Corruption Convention.

Briceno called for the Speaker, Michael Peyrefitte, to be sacked or resign, and for fresh elections in a dare to the Prime Minister as to who now has the support of the electorate.

Briceno also looked ahead to coming elections by asking for re-registration of voters.