By BBN Staff: Central Bank Governor Glen Ysaguirre’s contract will be expiring at the end of September. Ysaguirre will reportedly not be renewing his contract.

Joy Grant has been named as Ysaguirre’s possible replacement, according to several unconfirmed reports. There were reports from the PUP that Ysaguirre was being terminated by the government but BBN understands that it is simply a matter of the contract expiring. 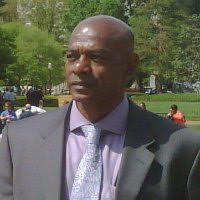 GOB so far has issued no official release on the termination of the contract and hasn’t made any official statement regarding who will be his replacement and when that person will take up the office.

Ysaguirre leaves the Central Bank after six years of service having taken up the office in 2008. Ysaguirre was also at the front line of government’s efforts to mitigate the effects of “de-risking” and trying to establish new correspondent banking relations with banks in the US after several international banks severed ties with seven of nine domestic banks and even the Central Bank.

Several months ago a letter written by Ysaguirre to Financial Secretary Joseph Waight leaked to the media in which he outlined a bleak economic outlook for Belize and warned about further draining the country’s national reserves.