PUP supporters gather in Belmopan to demonstrate against corruption

Dangriga police have one detained for latest murder

Belize’s economy officially in recession, trade down, prices up 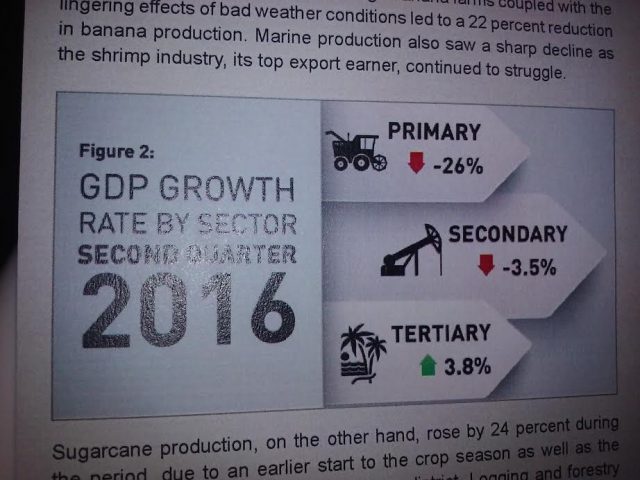 By Aaron Humes: The Statistical Institute of Belize (SIB) reports continued slowdown in economic activity for the second consecutive quarter.

According to economic institutions such as the World Bank and other international financial institutions, an economy is officially in recession when there is negative economic growth for 2 consecutive quarters. 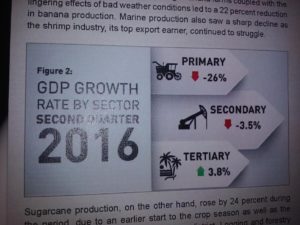 After a 2 percent fall in Gross Domestic Product (GDP) for the first quarter, slumping agricultural activity contributed to a 1.6% tumble in the second quarter compared to the same period last year. Lower citrus, banana and marine production led the way, while sugar and forestry products kept the decline from being worse.

In the service sector, tourism continued to be the saving grace with continued strong numbers for tourist arrivals.

With respect to inflation, prices are up 1 percent from last July and 0.6 percent through the first seven months of the year. The rise in the price of fuel and house rent are two of the main items lagging behind the average rise in the consumer price index (CPI).

Meanwhile, trade contracted, with imports (of fuel and for the export processing zones) and exports (of most major agricultural products) down sharply. 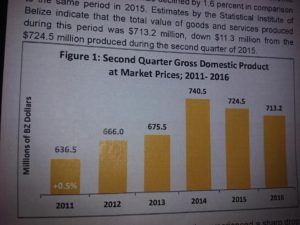