Man charged for murder in Yo Creek 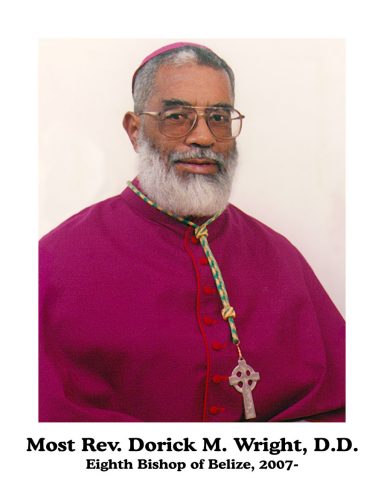 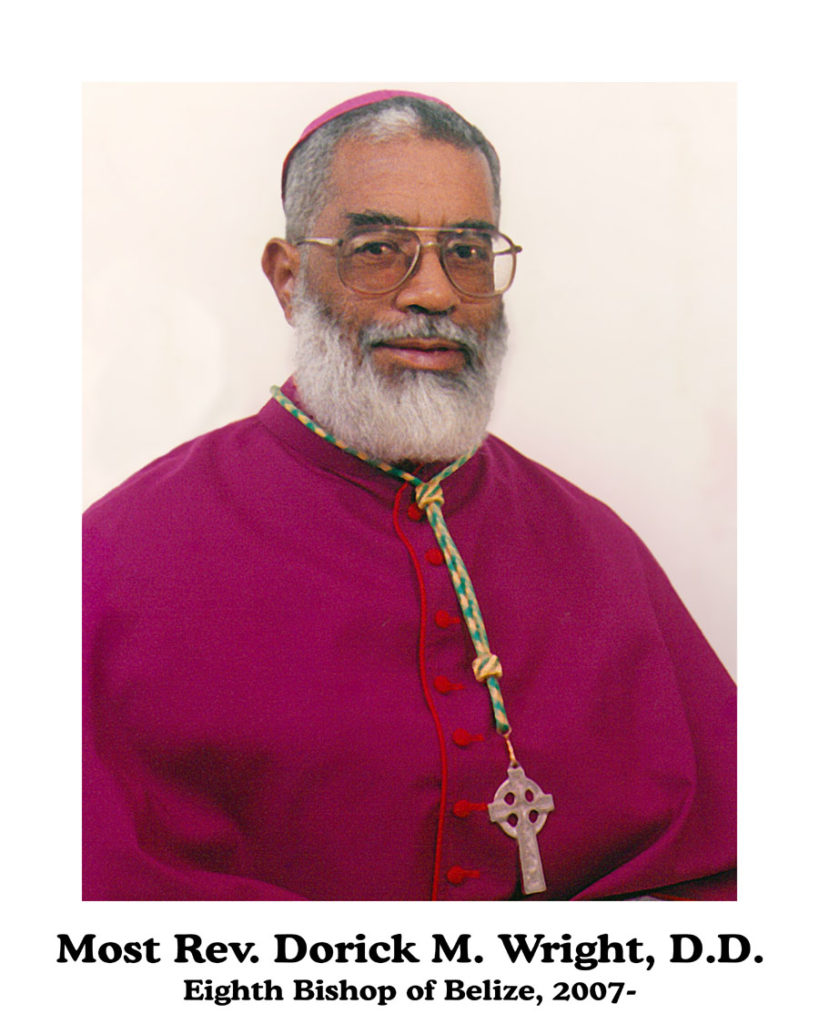 By BBN Staff: The Roman Catholic Church of Belize just issued a statement demanding that Senator Ashley Rocke resign from his post as a Senator.

His Excellency Bishop Dorick Wright, Bishop of The Roman Catholic Church of Belize hereby expresses grave disappointment with Senator Ashley Rocke’s vote against the motion for the appointment of a Special Select Committee of the Senate to investigate any and all irregularities in the issuance of nationality certificates, passports, and visas in the Ministry of Immigration and Nationality. The Catholic Church wholly dissociates itself from such position. Senator Rocke is tasked with representing the Belize Council of Churches, the Evangelical Association of Churches and the nation’s democratic ideals. The Catholic Church has lost confidence in Senator Rocke to represent the Roman Catholic values on behalf of our faithful. We therefore call upon the Evangelical Association of Churches, as substantive majority  in the Belize Council of Churches, to demand the Senator’s immediate resignation.

Transparency and accountability are bedrocks of democracy and the Church, as a matter of national importance, supports and remains prepared to participate in any constructive efforts in this regard. We call on all Belizeans to take note of how our pillars of democracy are being compromised. This is a time in our nation that requires fervent prayers for God’s intervention.

Yesterday at the House of Representatives, the Church Senator, Ashley Rocke voted against the motion for a Senate Inquiry into the irregularities at the Immigration Department as pinpointed in the 700 pages of three audit reports. 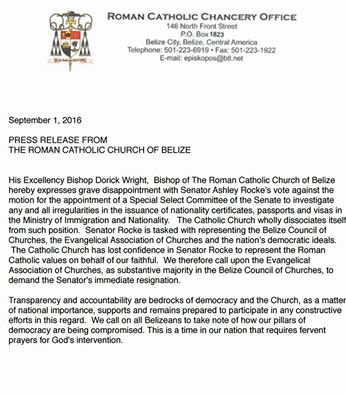