Mother Theresa to be Canonized 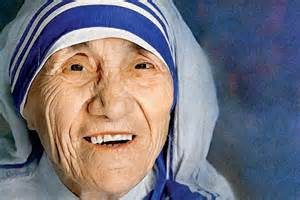 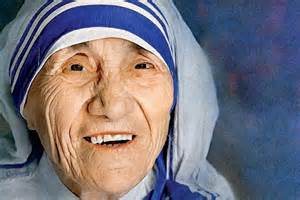 By BBN Staff: One of the highest honors in the Roman Catholic Church is the canonization as a saint and it will be bestowed to Mother Theresa on Sunday, September 4, 2016 in Rome.

Throughout her life, Mother Theresa devoted her time to missionary and charity work and serving the poor.

The Catholic Church says there must be two miracles to make a saint: the first is “beatification.” It is believed that Mother Theresa cured a tumor-stricken Kolkata woman. Mother Theresa also placed her healing hands on a Brazilian man with brain abscesses who then awoke from a coma.The second miracle must come after beatification and then to sainthood.

Mother Theresa disseminated the light of God through her many works of mercy. Today, her work continues to inspire many people around the world to open their hearts to giving and allowing their hands to serve the poor. Mother Theresa is cherished and respected for her invaluable contribution as a merciful mother to many around the world.

Mother Theresa’s canonization will be held this Sunday, September 4th in Rome during the Sunday Mass celebrated as part of the Jubilee for workers and volunteers of mercy.

After the canonization, Mother Theresa will be known as Saint Theresa of Calcutta.