BREAKING: Fatal traffic accident near the junction of Burrell Boom 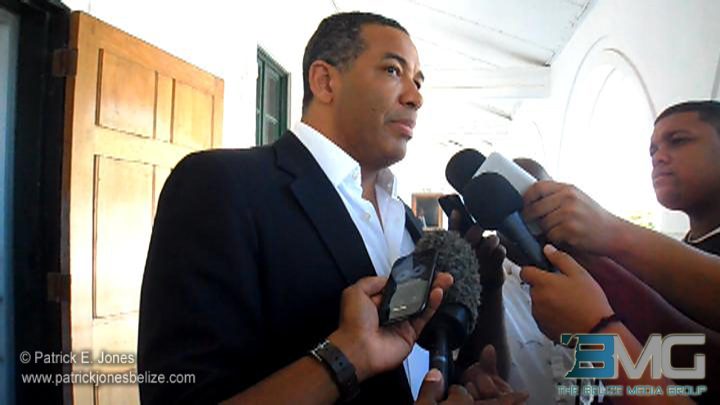 By Aaron Humes: Belizean politician and Senior Counsel Godfrey Smith has spoken to the Jamaica Observer about “The Biography of Michael Manley,” published by Ian Randle Publishers Limited and hitting bookshelves next month.

Smith, who previously wrote the biography of late PUP leader and Father of the Nation Right Honorable George Price, met the Jamaican statesman’s daughter Rachel when she visited Belize in November of 2013; she had read the Price biography and proposed doing the same for her father. Smith also says he has been fascinated by the lives of the progressive, daring — some might say radical — political leaders of the Caribbean, among whom Manley ranked as the most charismatic.

Smith had never personally seen Manley in action, and relied on video footage from the National Library of Jamaica and interviews in person and on Skype between February and December of 2014, as well as reviewing Manley’s personal papers. Writing took approximately one year including review, criticism and further interviews.

According to Smith, Manley’s rivals Dr. D.K. Duncan and Edward Seaga were sole holdouts for interviews.

Smith credits the Manley family with being especially accessible during the research and writing of the book.

As for what’s new, Smith delves into Manley’s tense relations with the United States as Prime Minister as well as the close ties with Cuba’s Fidel Castro and the Communist Party’s support for Manley’s People’s National Party (PNP) after 1980, and more controversially, his personal sexual “perversions” and obsessions.

Smith credits Manley with determination to unleash the potential of black Jamaicans for self-realisation and championing powerful economic reform to benefit “Third World” countries like Jamaica. He notes that Manley was the forerunner to democratic socialist proponents like Bernie Sanders in the United States and Jeremy Corbyn in the United Kingdom.

Smith wants next to tackle the story of the 1980’s Grenada revolution and the partnership and fatal rivalry between Maurice Bishop and Bernard Coard.///