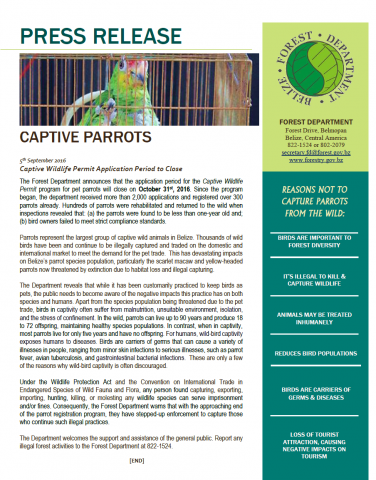 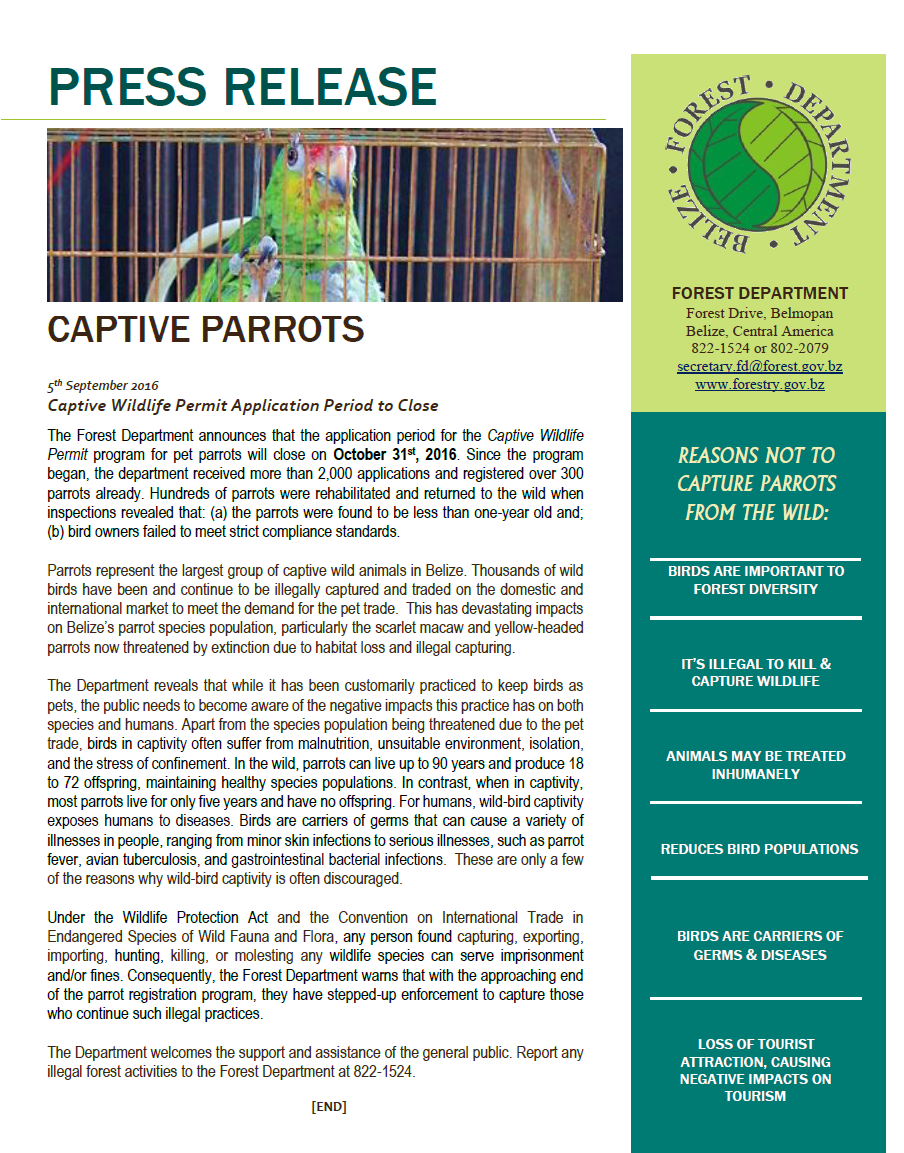 By BBN Staff: The Belize Forest Department issued a press release today informing all citizens that the Captive Wildlife Permit Program for pet parrots will close on October 31. Under the program the department has registered over 300 parrots already.Hundreds of parrots were rehabilitated and returned to the wild when owners failed to meet strict compliance standards.

The department says that the public needs to be aware of the negative impacts of keeping parrots as pets for both the animals and humans. Capturing parrots can have devastating impacts on Belize’s parrot population, in particular the scarlet macaw and yellow headed parrots now threatened by extinction due to habitat loss and illegal capturing.

Humans are also exposed to diseases as birds are carriers of germs that can lead to skin infections and serious illnesses, the department added.

The release ends by stating that under the Wildlife Protection Act and the Convention on International Trade in Endangered Species of Wild Fauna and Flora, any person found capturing, exporting, importing, hunting, killing or molesting any wildlife specie can serve imprisonment and fines. The Forest department warns that they have stepped up enforcement to capture those who continue such illegal practices.