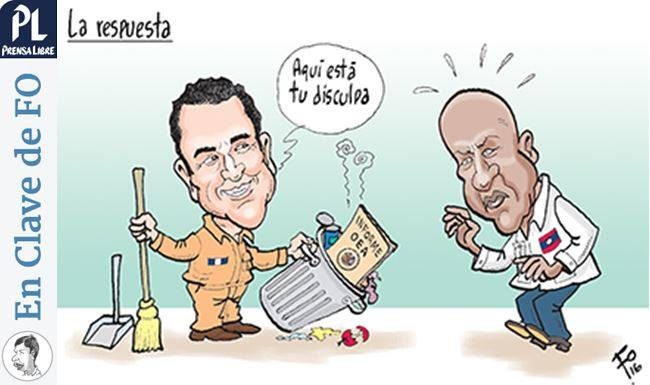 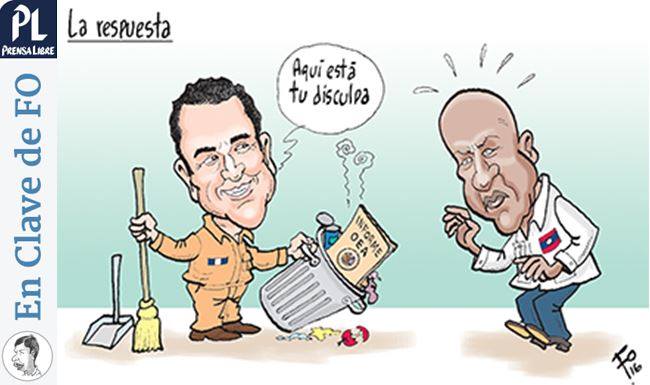 The cartoon features Moralez holding a trash can containing the OAS report on the shooting death of 14-year-old Julio Alvarado and the caption “Aqui esta tu disculpa” (Here is your apology). It also features a caricature of PM Barrow with a distressed demeanor.

Just yesterday at a press conference, Guatemalan President Moralez rejected the OAS report, calling it “inconclusive” and full of “inconsistencies”. He said the report should have had criminal consequences for those responsible for the death of the child.

The report, however, was compiled by a Mexican and an American forensic experts with decades worth of experience in their respective countries. The two experts also visited the site where the child was killed on seperate days and both drew the same conclusions.

The experts found that the child wasn’t injured by any BDF weapon and that the patrol that day had indeed come under fire before firing back in self-defense.

The report also detailed instances where Guatemalan villagers and military removed evidence from the scene; evidence which would have proven that the Alvarado family fired upon the Belizean patrol.