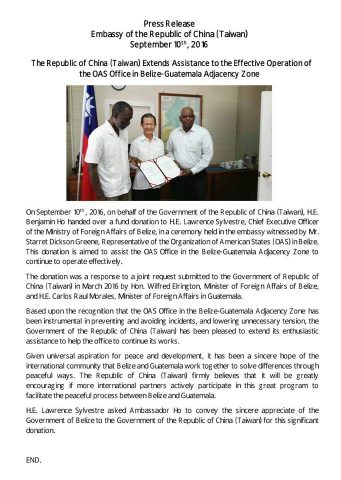 By Aaron Humes: Ambassador of the Republic of China (Taiwan) to Belize, Benjamin Ho, on Saturday delivered a donation from his government to Belize’s Lawrence Sylvestre, Chief Executive Officer of the Ministry of Foreign Affairs and Starret Dickson Greene, Representative of the Organization of American States (OAS).

Credible sources tell us that the amount is two hundred thousand US dollars. A larger donation was made at the same time to the Guatemalan government but the amount could not be confirmed.

A formal release from the local embassy says the donation is aimed to assist the OAS Office in the Belize-Guatemala Adjacency Zone to continue to operate effectively. We are told that although both countries are to agree to this, the Guatemalans have apparently decided to target their portion toward poverty programs.

The Ministers of Foreign Affairs of both Belize and Guatemala – Wilfred Elrington and Carlos Raul Morales – jointly asked Taiwan for assistance in March.

According to the Taiwan government, the office has been instrumental in preventing and avoiding incidents, and lowering unnecessary tension. It calls on the international community to help the neighbours work together to peacefully solve their differences. 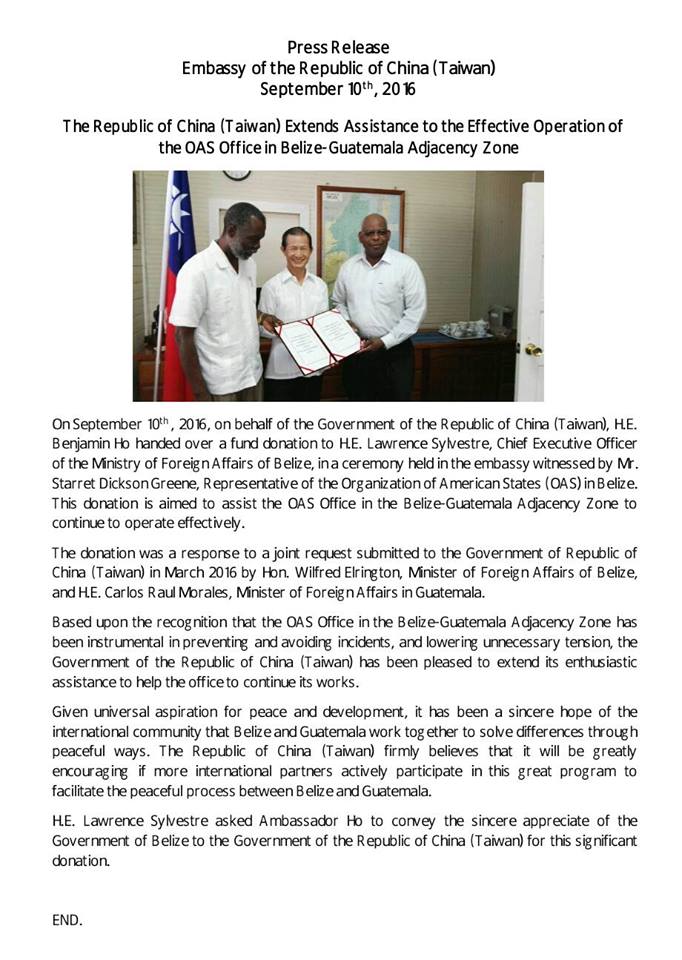