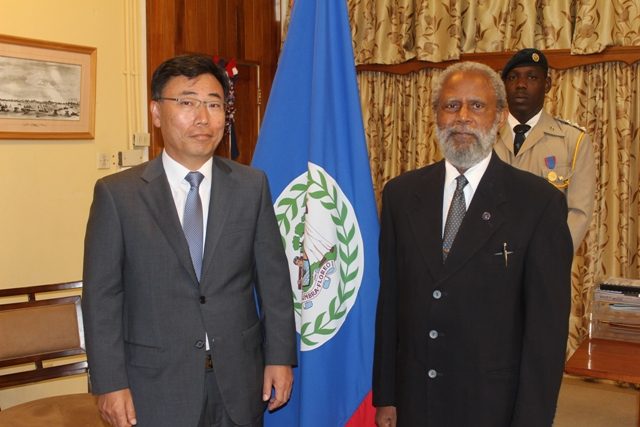 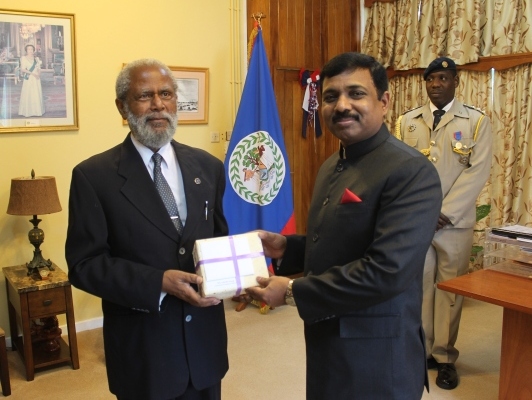 By BBN Staff: Four ambassadors presented their credentials to the Governor General of Belize H.E. Sir Colville Young today, Monday, at the Belize House in Belmopan, according to a Government of Belize press release.

H.E. Muktesh Pardeshi, High Commissioner of India to Mexico, was also present and paid a courtesy call to the Governor General.

All ambassadors expressed their pleasure in being in Belize and congratulated the country on its 35th year as an independent nation which will be celebrated on Wednesday, September 21, 2016.